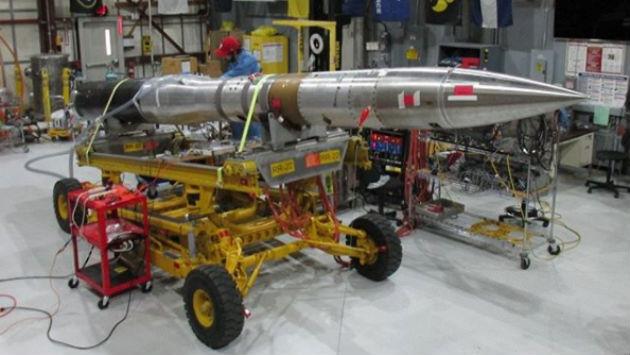 A 10-year, NASA-funded Northwestern University research project will culminate Sunday with the launch of the “Micro-X” rocket from White Sands Missile Range in southern New Mexico.

Led by physicist Enectali Figueroa-Feliciano, the team is already at the military testing area to prepare for the launch.

Figueroa-Feliciano is an associate professor of physics and astronomy in the Weinberg College of Arts and Sciences and an associate member of Northwestern’s Center for Interdisciplinary Exploration and Research in Astrophysics.

This is the first time this type of instrument will be used in space. For the upcoming flight, it will observe the supernova remnant Cassiopeia A, a star in the Cassiopeia constellation that exploded about 11,000 light-years away from Earth.

Researchers are aiming to collect detailed information about the elements ejected from the explosion in order to better understand conditions closer to home.

In 1980 astronomer Carl Sagan said, “We are made of star stuff” — that the death of ancient stars helped create us.

“We want to see how ‘star stuff’ is made because it is what allows life to exist,” Figueroa-Feliciano said. “We also want to understand how this ‘star stuff’ is spread from the explosion to seed the galaxy with the elements needed to make rocky planets like Earth.”

The six-story-tall rocket will spend 15 minutes in lower space before landing 50 miles from the initial launch site. Although the observation time will be short, the spectrometer’s X-rays cannot penetrate the Earth’s atmosphere, so the instrument must be sent into space to observe the universe. The team previously tested the rocket at NASA’s Wallops Flight Facility in Virginia.

“This instrument is the future of X-ray astronomy,” Figueroa-Feliciano said. “But constructing it has been a difficult endeavor. Once it launches, it needs to be a completely hands-off process; it has to turn on, record data, store data and send data back to us autonomously.

Collaborating institutions include the Massachusetts Institute of Technology, University of Wisconsin at Madison, National Institute of Standards and Technology and NASA’s Goddard Space Flight Center.