A Northwestern University student has been reported missing after not having been seen on campus for six days, University Police said today. 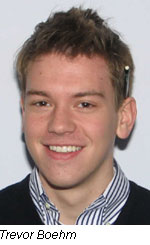 Trevor J. Boehm, 20, a freshman in the School of Communication from Monument, Col., has not been in his residence hall and has not attended classes or used his student ID card in the dining halls since last Wednesday, police said.

University Police have been investigating his disappearance since he was first reported missing on Sunday, but have not turned up any leads. A missing person report has been filed with a national police database and the Evanston Police Department is assisting University Police in the investigation.

Boehm is described as a white male, 5 feet 10 inches tall, weighing approximately 145 pounds, with brown hair and brown eyes. He has a small birthmark on his right forearm.

Anyone with information that may help locate Boehm should contact Northwestern University Police at 847-491-3254.