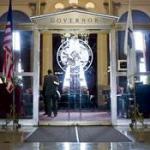 SPRINGFIELD — This week didn't hold a lot of good news for Illinois governors, past or present.

SPRINGFIELD — This week didn't hold a lot of good news for Illinois governors, past or present.

The total cost for the upgrade is pegged at $3.2 billion.

Many, including Quinn, said the legislation passed, in part, because of campaign contributions, and not because it's good public policy.

"There's been a lot of money flowing from the power companies. I'm not going to accuse anybody of their votes being for sale, but we know money influences votes," state Sen. Kyle McCarter, R-Lebanon, said.

But the measure's sponsor said it is about modernizing the aging infrastructure, otherwise referred to as Smart Grid, and eventually lowering people's power bills.

"This bill is about … reliability, jobs and economic development. It's about regulatory reform. It's about customer savings," state Sen. Mike Jacobs, D-East Moline, said.

The state's Commission on Government Forecasting and Accountability, or COGFA, voted against Quinn's recommendation to close four downstate facilities that serve people with mental and developmental disabilities.

Quinn, who proposed closing a total of seven facilities to save $313 million, said the Legislature's $33.2 billion budget wasn't enough to keep their doors open and employees working.

Lawmakers may use some of the $376 million Quinn struck from the budget with his veto pen to keep the facilities open.

"I think it's incumbent on us to find dollars in other areas of the budget to keep those (facilities) open," state Rep. Mike Tryon, R-Crystal Lake, said.

The vote isn't legally binding, and Quinn still can move forward with the closures, but his office said it is working to prevent that from happening.

It was a birthday shout-out on Chicago radio that pushed lawmakers to rush into action and order a review of Blagojevich's pension.

The former governor will turn 55 in December, when he would be eligible to apply for his $65,000-a-year state pension. Blagojevich's conviction for political corruption while in office will disqualified him from cashing in on that pension.

But because Blagojevich has not yet been sentenced, he could have applied and state Rep. Elaine Nekritz, D-Northbrook, said he may have been sent a check.

"Another representative heard about the (former) governor's birthday on the radio, and put two and two together," Nekritz said. "We had to act quickly."

Nekritz and other members of the General Assembly Retirement System, or GARS, Board this week adopted a rule change that will require a review of anyone convicted of political corruption before a pension check can be sent. For non-criminal retirees, the checks are often sent before the review.

The GARS Board met this week, but is not scheduled to meet again until April.

State Rep. Jack Franks, D-Woodstock, said the move to block Blagojevich's pension is one of the last steps to putting the former governor in the past.

"I'm trying to avoid a freak show, where we would have a convicted felon, a second governor in a row, sitting in a federal penitentiary and applying for his pension benefits," Franks said.

Former Gov. George Ryan battled for years for his pension after his 2006 racketeering conviction. Ryan eventually gave up his pension benefits after lengthy court battles.

The Legislature overrode Quinn's full veto of a measure that allows residents to collect the carcasses of animals dead on roads.

Quinn in a statement said he "believes this bill comprises the safety of people along roadways."

But state Rep. Roger Eddy, R-Hutsonville, said that if a person can pull off to the side of the road and change a tire safely, he should be able to collect roadkill safely.

Why he would do that is a completely different question.

The Legislature passed a plan to ban caffeinated alcoholic drinks from being made and sold in Illinois. The measure passed the state Senate during the spring session, but wasn't voted on in the state House.

The ban comes after reports in the media of people, especially college students, developing severe alcohol poisoning after consuming several of such beverages.

The legislation doesn't include naturally caffeinated drinks, such as coffee or tea.