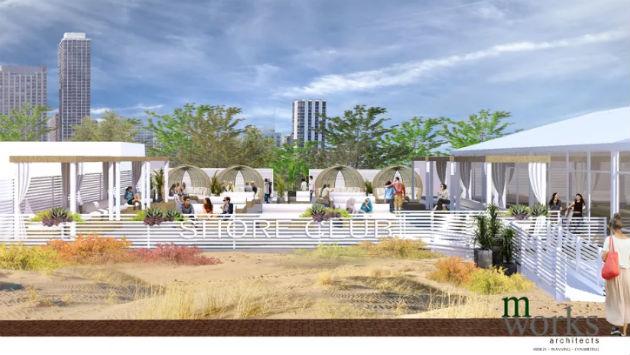 Just days after plans for a new lakefront restaurant in Chicago were announced, aldermen in Evanston Monday night vowed there’ll never be a full-service restaurant on our lakefront.

The new club is one of more than a dozen dining venues along the Chicago shoreline.

But at Monday’s Evanston City Council meeting, lakefront aldermen ruled out anything more than what they described as a “light fare” cafe as part of the city’s request for proposals seeking a not-for-profit group to lease the Harley Clarke mansion.

Alderman Judy Fiske, 1st Ward, said she’s “very concerned about the idea of having restaurants on the lakefront.”

“Even in Harley Clarke,” she said, “it would create a precedent for the lakefront that would be a big mistake.”

Alderman Melissa Wynne, 3rd Ward, said she was opposed to having a full-service restaurant on the lakefront but said the lakefront master plan did contemplate the idea of a “light fare” cafe. She said she’d be OK with that — but only at the Harley Clarke site, which as it happens, is not in her ward.

Alderman Eleanor Revelle, whose 7th Ward does include the mansion, also noted that the lakefront plan was open to a cafe concept there.

Revelle, concerned about how a non-profit leasee of the property would cover its costs, said she had spoken with one restaurateur who said a “light fare” venue “wouldn’t be a huge moneymaker, but could be profitable.”

Aldermen whose wards don’t include the lakefront were silent on the cafe issue as the council massaged language for the mansion RFP.

After making a variety of changes, including tightening up the schedule for submitting plans, the aldermen opted to take a final look at the revised draft at their next meeting July 24.