The last show at the Evanston Theater is unfolding this week, and it’s bringing the house down. 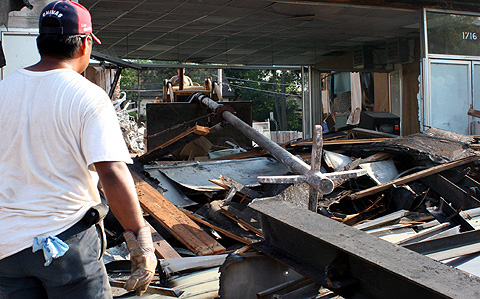 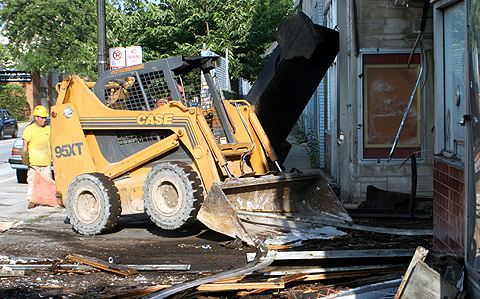 In a supporting role, a Bobcat shoves fallen debris from the sidewalk back into the building where the claw can grab it. 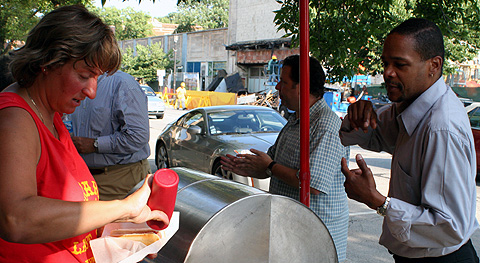 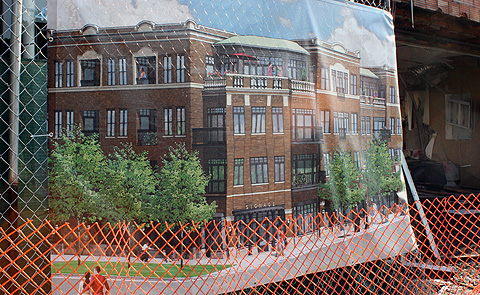 After a lengthy debate, the developers won city approval to replace the shuttered theater with a four-story 47-unit condominium building, now named The Eastwood, after the cross street at the east end of the site.

Mr. Crocker says they’ve started "soft marketing" the new development from a sales office across the street and plan a grand opening Oct. 6 — a fall Saturday when the area won’t be jammed with Northwestern football fans.

He said they hope to sell the 20-units required to release construction financing by Nov. 15. 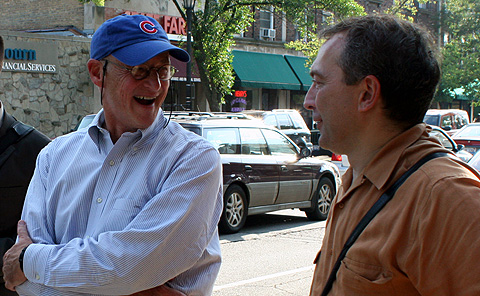 "It’s not an easy market" for condo sales now, Mr. Crocker said, adding that if they don’t meet the sales target date, they’ll extend the timetable for starting construction by a few months.

Units in the building are priced from under $400,000 to over $1 million. Occupancy is projected for the first quarter of 2009. 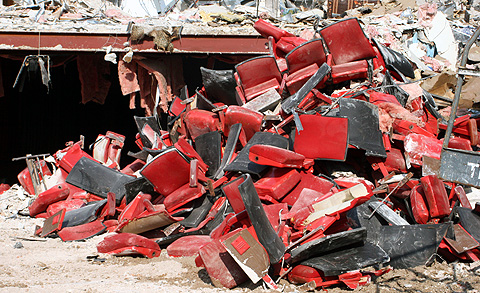 Mr. Horne said crews are carefully stacking up bricks from the theater so they can be recycled for other construction projects. Structural steel and other remnants of the building will be recycled as well.

But the old theater seats are an exception. "Some friends have asked me if they could have one, Mr. Horne said, "but they were in terrible shape." So they’re being junked.