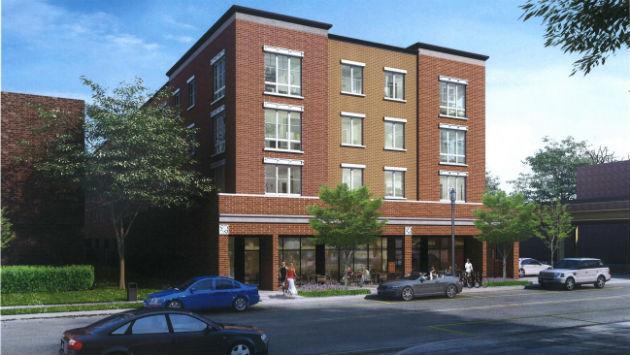 Aldermen voted 8-1 to introduce an ordinance approving the project planned for 824-28 Noyes St. A final vote to adopt the ordinance is scheduled for the Council's Sept. 26 meeting.

While one nearby resident, Barbara Janes of 812 Colfax St., complained that the buiding is "too tall and too dense," called the planned construction quality "inferior" and said she expected it would attract students as tenants, the only discussion by aldermen centered on whether residents of the building should be able to qualify for on-street resident parking permits.

City staff had proposed denying them that option, but the developer, Gregory DeStefano, argued it was unfair to impose that restriction on his tenants when residents of older developments in the neighborhood are allowed to park on the street.

The aldermen decided to take another look at the parking issue when the proposal comes up for a final vote in two weeks.