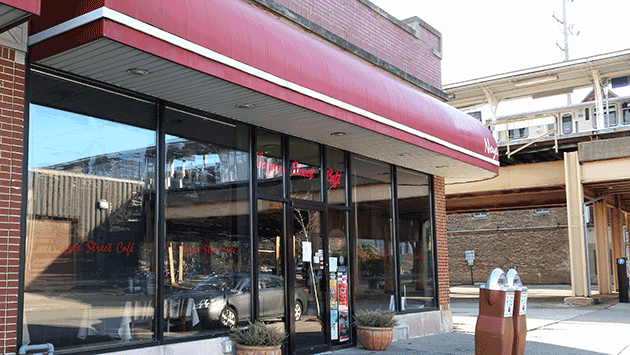 The Noyes Street Cafe, which has occupied an Evanston storefront just east of the Purple Line tracks for a quarter century, has closed.

An undated sign in the restaurant window at 828 Noyes St. says the closing is permanent and thanks customers, saying "It has been a pleasure to be part of this community and serve you all."

An owner of another shop in the same building said the cafe was open for business as recently as Sunday and expressed surprise at the closure.

A phone at the cafe rang unanswered this afternoon and the cafe's website made no mention of the closing.

The cafe, which had a liquor licenses, specialized in Greek and Italian dishes as part of an eclectic menu.

The shopping district on Noyes this year saw the addition of the popular DMK Burger & Fish which drew ultimately unsuccessful objections from some neighbors when it sought a liquor license.

The city this year also granted a liquor license to the D&D Dogs restaurant directly across the street from the Noyes Street Cafe.