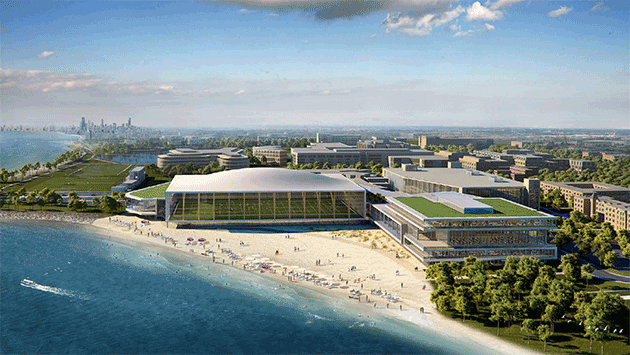 Northwestern University's board of trustees today approved designs for a new lakefront athletics and recreation complex that will transform the northeast edge of the campus. 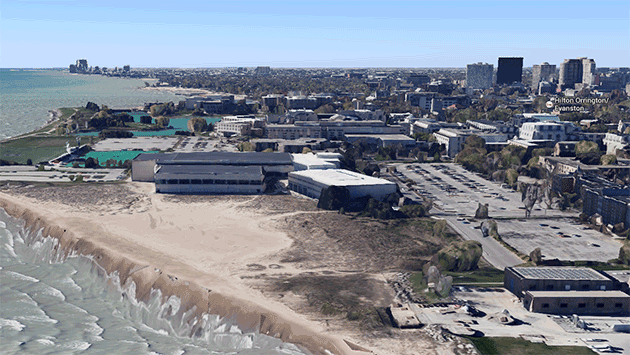 A Google Earth image of the area that includes the athletic complex site.

University spokesman Alan Cubbage says that as detailed plans for the project are prepared the school will submit building permit requests to the city for the project and hopes to begin construction within the next year.

The board first approved the concept of the new athletic complex 18 months ago and at a bowl game in December 2012 the school announced $55 million in gifts toward the project.

The university announced another gift for the project today in conjunction with the unveiling of its $3.75 billion overall fundraising campaign.

Football coach Pat Fitzgerald talked up the plans in a YouTube video.

The cost of the new athletics complex is expected to top $200 million.

Despite some rumors to the contrary, Cubbage says the project will not affect the City of Evanston’s water reservoir located beneath a university parking lot at the foot of Lincoln Street.

City officials have been debating whether the reservoir needs to be repaired or completely replaced.