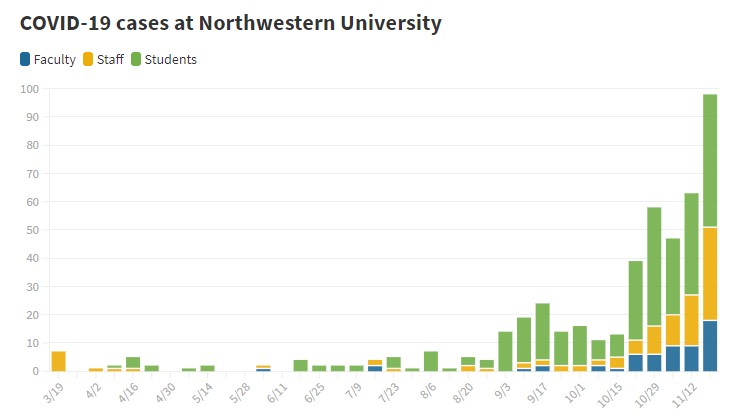 COVID-19 cases rose again this week at Northwestern University. The school reported 98 cases this week, compared to 63 the previous week. That’s an increase of nearly 56%.

The cases this week affected 47 students, 33 staff and 18 faculty members.