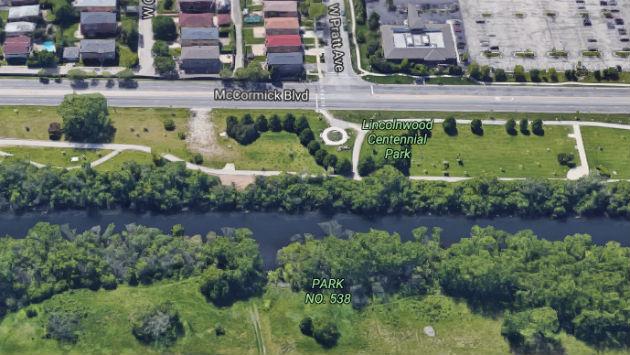 Update 8:30 a.m. 4/11/17: The body of a Northwestern University crew team member who fell overboard during a practice session on the North Shore Channel Monday morning was recovered from the canal late Monday evening.

School officials identified the student as Mohammed Ramzan, 19, a freshman from Auburn, Washington.

Fire crews from Evanston and many nearby communities responded to the accident scene near Pratt Avenue in Lincolnwood.

The practice run began from the Skokie Park District’s Dammrich Rowing Center at 3220 Oakton St. in Skokie, about three miles north of the accident scene.

The accident happened about 7:35 a.m. and the search continued through the day.

University spokesman Alan Cubbage says crew is a club sport at the school. It’s been offered since the early 1980s and “no serious incidents” had occurred until now.

The racing shell was carrying eight rowers and a coxswain when the student fell overboard.

Cubbage says a coach in a separate boat and a member of the team went into the water in an effort to rescue the student. Two people were taken to the hospital after the incident.

NU’s vice president for student affairs, Patricia Telles-Irvin, said students could contact Counseling and Psychological Services (CAPS) at 847-491-2151; the Dean of Students Office at 847-491-8430; or the Chaplain’s staff at 847-491-7256 for assistance in dealing with their reactions to the incident.