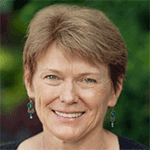 The dean of Northwestern University's College of Arts and Sciences has been named provost at the University of Wisconsin-Madison.

Sarah Mangelsdorf, who's also a phsychology professor at NU, will start the new position in August.

She joined NU six years ago from dean's position at the University of Illinois at Urbana-Champaign.

In a note to colleagues, Mangelsdorf said she's "excited about the opportunities and challenges that lie ahead for me" but also "deeply saddened to be leaving Northwestern."

UW-Madison Chancellor Rebecca Blank said Mangelsdorf, an internationally known scholar who studies the socio-emotional development of infants and young children, is both “a top-ranked professor and a first-class administrator (who) has experienced success at four Big Ten institutions, both public and private.”

Northwestern University Provost Dan Linzer thanked Mangelsdorf for her years of service to Northwestern and noted he looks forward to continuing to see her and work with her in her new role at Committee on Institutional Cooperation (CIC) events and other meetings in the future.

“Sarah brought to Northwestern an outstanding record of successful scholarship and academic leadership,” Linzer said. “We benefitted greatly from her strong passion for the liberal arts and sciences and her deep devotion to both education and research. We will miss her, and I am sure she will bring those same qualities to bear in her new post at UW-Madison.”