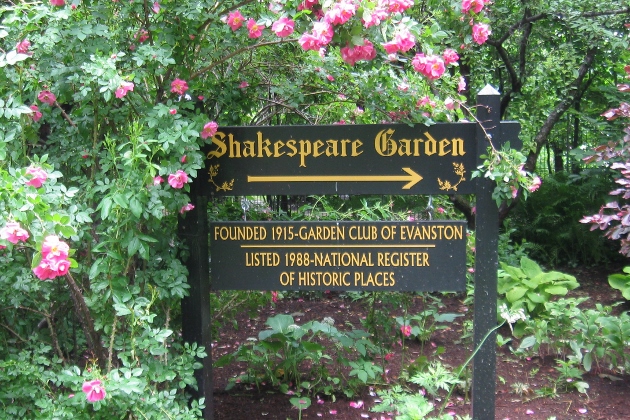 In honor of the 100th anniversary of its Shakespeare Garden, Northwestern University has donated $100,000 to the Garden Club of Evanston, whose members have been maintaining it for the past century.

In a letter to its members, the club’s president, Claudia Lane, said the gift will “bring to life our dreams for the garden’s future, enhancing its beauty and the enjoyment of visitors for the next 100 years.”

Representatives of the club and the university, she said, agreed that the funds will be used for “the installation of a new irrigation system, handsome stone benches to replace the wooden benches on the east entrance, and lighting to enhance the garden and promote the safety of visitors.”

Nim Chinniah, the university’s executive vice president, said Northwestern is “delighted to be in partnership with the Evanston Garden Club. We look forward to the next hundred years and express our deep appreciation to the countless volunteers who have helped make the Shakespeare Garden at Northwestern University the special place that it is today.”

The garden was founded in 1915 as the first major project of the club that was founded that year as well. One of the driving forces in establishing the garden was Mrs. Daniel Burnham, wife of the noted landscape architect and city planner who was instrumental in developing the early plans for the City of Chicago.

The garden itself was designed by Jens Jensen, a leading landscape architect of the time who was associated with the development of many Chicago gardens at the beginning of the last century. 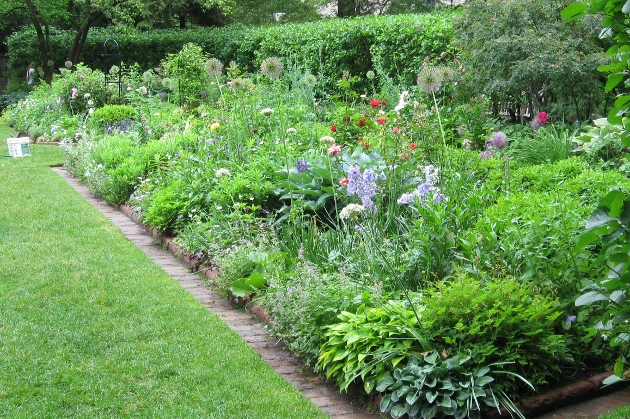 A portion of the garden as it looks today.

Earlier this month, the eastern segment of Garrett Place, which leads visitors to the garden, was given the honorary name of Shakespeare Garden Founders Way by the Evanston City Council.

Northwestern President Morton Schapiro hailed the garden as “a treasured spot on the Northwestern campus for a century and remains so today.”

He added: “We’re very pleased to further strengthen our partnership with the Garden Club of Evanston in this centennial year of the Garden’s founding.”