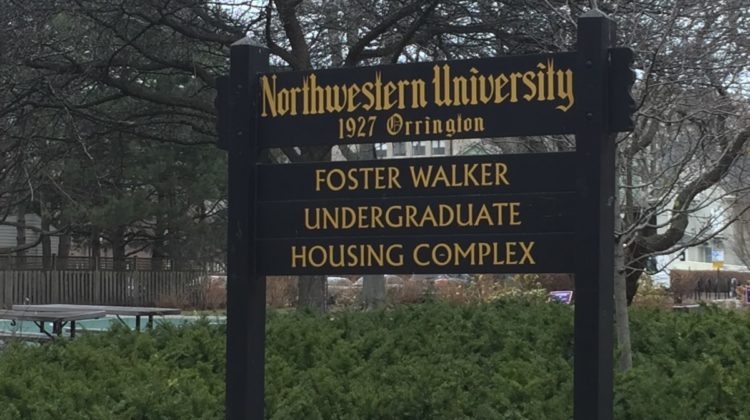 Even though Northwestern University will allow first and second year students back into the dorms for Winter Quarter, those dorms will still not be close to full.

University spokesperson Jon Yates says that about 2,400 students are expected in residence halls and residential colleges next quarter. While that’s 1,900 more than the on-campus population now, the total will still be about 40% fewer than in pre-pandemic times.

Normally, NU requires first and second year students to live in residence halls. But to reduce the spread of coronavirus, those students were banned from the dorms and campus this fall. Classes were offered remotely.

An estimated 400 of those first and second year students (out of 4,000) rented apartments in Evanston. The rest, the university believes, remained in their home towns and took remote courses from there.

The school says there are about 500 students in the dorms now — juniors, seniors, and first and second year students with approved exemptions.

Fraternity and sorority houses, which were closed for Fall quarter, will also be allowed to re-open this winter. Yates says about 265 students plan to live in those houses, 65% fewer than usual.

University officials are not surprised that the dorms are not filling to capacity. Several weeks ago, Yates said, “Our planning accounts for the scenario that most students with off-campus leases will remain in their apartments, but some will opt for living on campus.”

Even though first and second year students will be allowed on campus again, in dorms and in classrooms, most classes for all students will still be taught remotely. Undergraduate classes begin Jan. 11.

Yates says the on-campus population projections could fluctuate as the beginning of Winter Quarter approaches.

All Northwestern undergraduates, living either on-campus or off, will still be required to take weekly COVID-19 tests. Northwestern’s positivity rate has been around 1% the current term, lower than the rate in Evanston, Suburban Cook County, and Illinois.