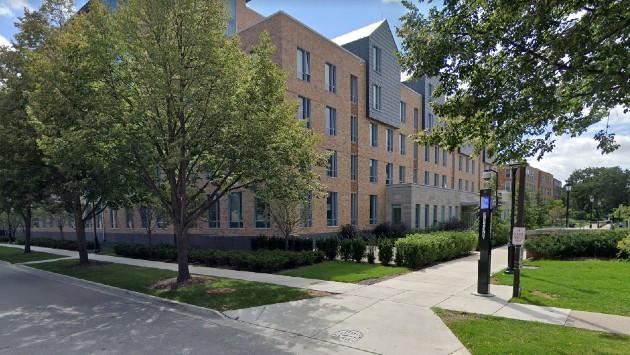 In response to the COVID-19 crisis, Northwestern University for the coming academic year is dropping its requirement that first and second year undergraduate students live on campus.

The class that entered in Fall 2017 was the first required to spend two years, rather than just one, in on-campus housing.

The move was prompted in part by long-standing complaints from nearby homeowners about disruptive behavior by some students, by what school officials said was an effort to build a stronger sense of community among the student body and by what NU officials said were surveys showing that students who spent more time on campus were more satified with their programs.

The goal was made achievable in part by construction of a large new dorm at 560 Lincoln St.

Under the new pandemic-driven housing plan released Friday, all students, regardless of class year, will be allowed to live off campus, and students “from the Chicagoland-area and those who live within communting distance” will be encouraged “to consider residing at their permanent residence if their situation allows.”

In addition, all students who do live on campus will be offered single-occupancy rooms, although students will have the option to voluntarily live with a roommate of their choosing if they prefer.

The shift to more on-campus housing two years ago was seen as having the potential to dramatically reduce demand for both vintage and new off-campus student housing. How the changes this fall will impact that market, and the prospects for student traffic to downtown retail businesses, remains to be seen.

The city’s economic development manager, Paul Zalmezak, says, “Anything short of a full campus with professors, support staff and students, will have a negative impact on our economy.”

“The university is our largest employer,” Zalmezak said, and they support restaurants and independent shops.”

“If enough students return, and they use up all of the on-campus housing, I imagine they would have to seek housing off-site, which would be helpful to landlords and hotels,” he added.