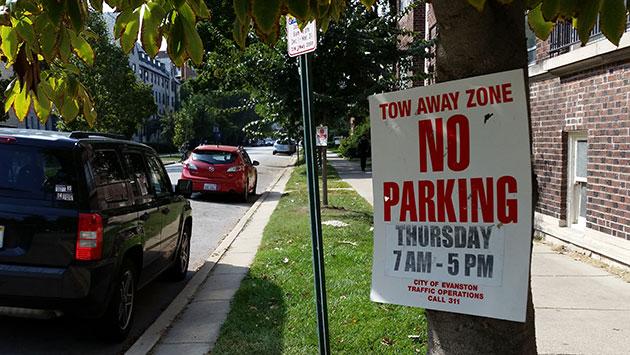 The no parking signs were up around the south end of the Northwestern University campus this afternoon in preparation for tomorrow's visit to Evanston by President Obama.

The president was scheduled to leave the White House just befoe 5 p.m. Chicago time for a flight to the Gary Chicago International Airport.

White House officials said the decision to land in Gary was made to "maximize efficiency in the airspace" rather than because of the arson fire at Aurora air traffic control center last Friday which has disrupted air travel in the region for days.

Thursday morning the president is scheduled to attend a fundraiser for Gov. Pat Quinn, before heading to Evanston to make a speech on the economy to Kellogg Graduate School of Management students at Northwestern's Cahn Auditorium at 1:15 p.m. 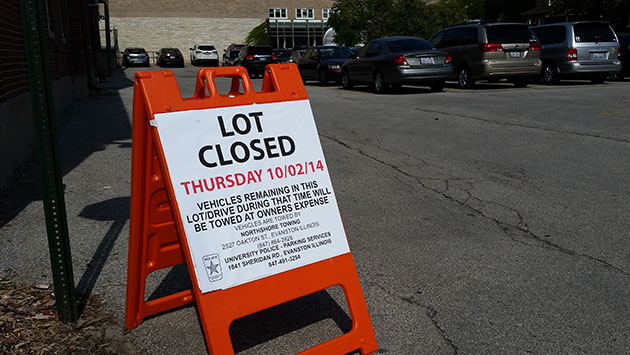 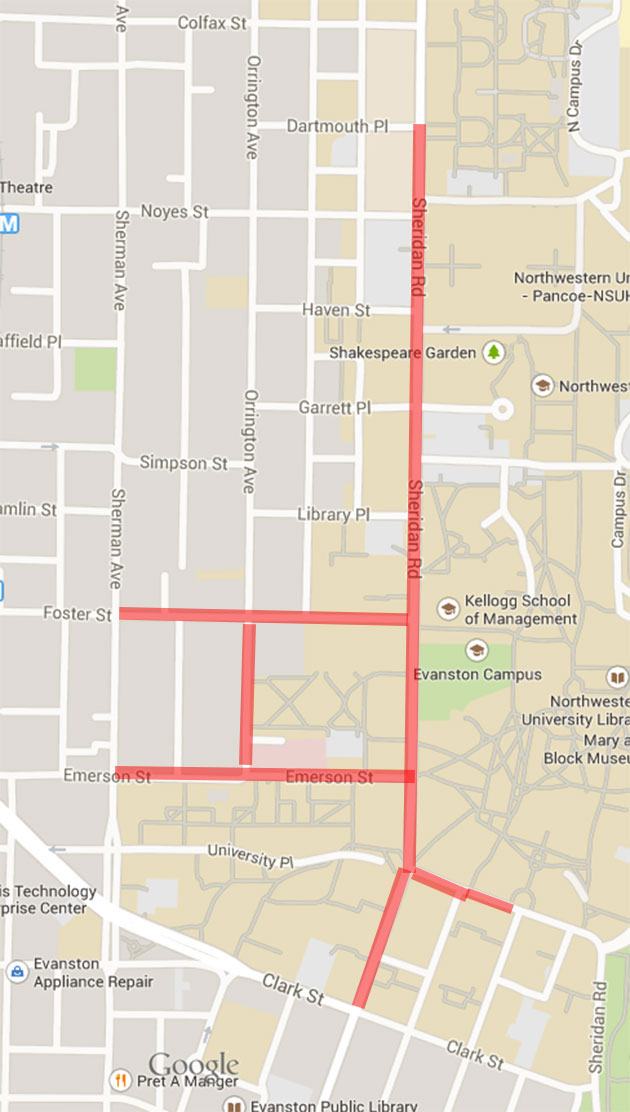 A map of road closures for the president's visit.