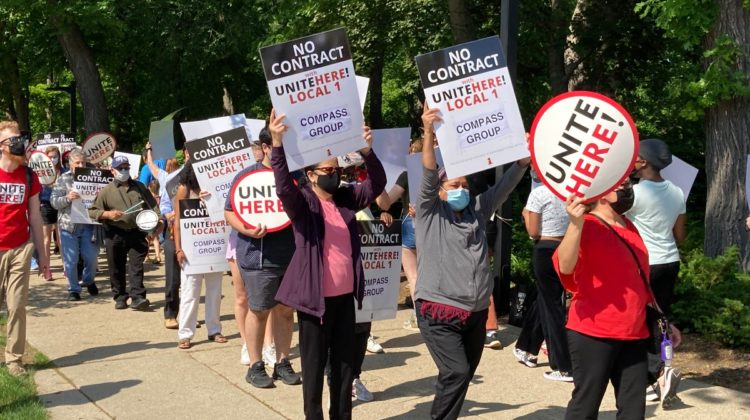 The union, UNITE HERE Local 1, had authorized a strike, although the walkout did not take place.

According to the union, the three-year agreement sets a minimum hourly wage of $19.88, and also includes a “permanent extension of health insurance for all workers.”

Veronica Reyes, a dining hall employee who lives in Evanston, is quoted by the union as saying “Yesterday I made $14.05 an hour. Today I make $19.88.”

The approximately 400 workers are employed by Compass Group, a contractor, rather than by the university.

The workers have not had a raise since August, 2019 when their old contract ran out.

In early 2020, the union says that nearly all of those workers were temporarily laid off due to COVID-19 shutting down university dormitories.