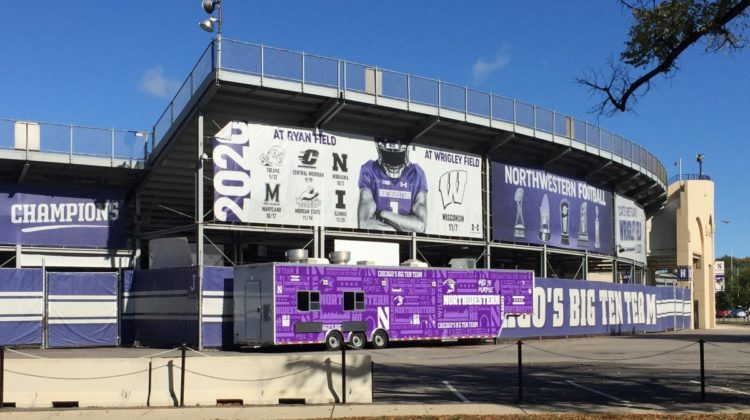 The Northwestern Wildcats open their delayed Big Ten football season with a home game on Saturday, Oct. 24 at 6:30 p.m. against Maryland.

The Big Ten Network released its schedule for the first weekend of the season, which begins Friday night October 23 with Wisconsin vs. Illinois.

The only way to see the Northwestern game, or any other Big Ten games for that matter, will be on tv. Other than perhaps allowing players’ families to attend, the conference is prohibiting other fans from going to the games, in an effort to prevent the spread of the coronavirus.

Earlier this summer, the Big Ten cancelled all fall sports due to the threat of COVID-19. However, following pressure from fans, players, and politicians, the league announced a shortened, eight-game regular season football schedule along with a ninth game for all teams — the Big Ten championship plus a bonus game for the other squads.

Conference officials said that improvements in COVID testing, along with strict health and safety protocols make it possible to return to the field.

Several other major college programs, such as Notre Dame, Virginia, Virginia Tech, and Baylor, have had games postponed or cancelled due to coronavirus outbreaks.

There are no “bye” weeks in the compressed Big Ten schedule. Wildcats coach Pat Fitzgerald has said if a Big Ten game is cancelled, it will simply not count, rather than going down as a forfeit against the team which had the virus.

Northwestern is looking to improve on last season’s 3-9 finish.