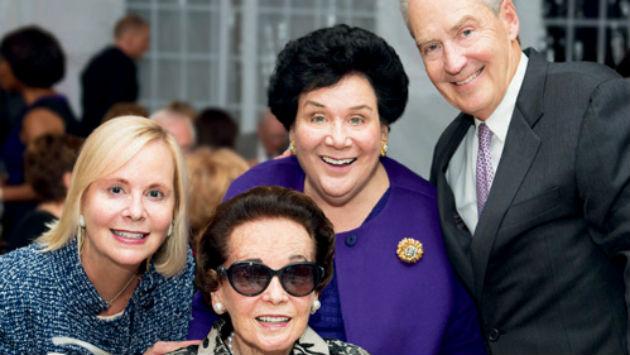 In just two and a half years since Northwestern University publicly launched its largest fundraising campaign ever, the school has raised more than $3 billion toward its $3.75 billion goal for We Will. The Campaign for Northwestern, making it one of only a few U.S. universities ever to have raised this amount in a campaign.

Propelling Northwestern past the $3 billion mark was a gift from Christopher B. Galvin ’73, ’77 MBA, ’11 P, University trustee, and his wife, Cynthia B. Galvin ’78, ’11 P, to support the Kellogg School of Management and the NUseeds Fund. In total, the broader Galvin family — including Chris and Cindy Galvin; Chris’ mother, alumna Mary B. Galvin ’45; and Chris’ sister, Dawn Galvin Meiners ’96 P, whose son Michael Meiners ’96 attended the School of Communication — and the Robert W. Galvin Foundation have contributed more than $18 million to the University during the “We Will” Campaign.

“Thanks to the extraordinary generosity of the Galvin family and the entire Northwestern community year after year, the University occupies a position held by few other elite universities,” Northwestern President Morton Schapiro said. “Not only have we raised $3 billion from our incredible alumni, parents and friends, but we have done so at such a rapid pace that our students and faculty are already benefiting from the impact of this support.”

So far throughout the “We Will” Campaign, Northwestern has established 271 new endowed scholarships and fellowships, enabling generations of top students access to a Northwestern education.

Through the Campaign, Northwestern supporters have made gifts towards 56 new endowed professorships across the University. In addition, the Campaign has literally transformed the Evanston campus, as state-of-the-art new facilities made possible by philanthropic gifts — including the Patrick G. and Shirley W. Ryan Center for the Musical Arts, Segal Visitors Center and student innovation incubator The Garage — have opened their doors to students, faculty, staff and visitors.

Additional programs receiving financial support through the Campaign include the Bobbie and Stanton Cook Family Writing Program, which seeks to help all Northwestern students learn to write clearly, thoughtfully and effectively; the University’s popular Summer Internship Grant Program, which provides support to Northwestern students participating in unpaid internships; and new and renovated residence halls such as the new building at 560 Lincoln St., which will open in September 2017.