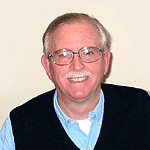 Heyck died last Sunday after a struggle with leukemia. He was 75.

The memorial service will be held at 11 a.m. Saturday, Sept. 13, at St. Augustine’s Episcopal Church, 1140 Wilmette Ave. in Wilmette.

Heyck was the Charles Deering McCormick Professor of Teaching Excellence in the department of history.

During his 40 years at NU, Heyck helped found the university’s residential college system and served as associate dean at the Weinberg College of Arts and Sciences and chair of the history department.

He was a teacher, scholar, mentor, adviser and academic innovator who was beloved and respected by many.

“Bill was a most generous man, unfailingly courteous and civil, a valuable citizen of the University, and an absolutely devoted and painstaking teacher,” said colleague Peter Hayes, the Theodore Zev Weiss Holocaust Educational Foundation Professor at Northwestern.

“I thought the world of him,” Hayes wrote in an email from Italy.

Heyck was a historian of 19th- and 20th-century Britain and Ireland. His works include “The Dimensions of British Radicalism: The Case of Ireland, 1874-95,” “The Transformation of Intellectual Life in Victorian England” and “The Peoples of British Isles: A New History” (two volumes).

“His survey of the British Isles is a modern classic and a point of reference for the field,” said Ken Alder, chair of the history department and the Milton H. Wilson Professor in the Humanities.

Heyck was the recipient of a number of teaching awards, and the course he taught on Ireland was one of the most popular.

He trained 19 Ph.D. students during his career, “which is a remarkable achievement,” Alder said.

He noted Heyck’s rigorous, yet gentle approach with graduate students.

“As recently as last April, Bill was working with his last graduate student, asking gentle but probing questions,” Alder said. “He took students’ work quite seriously because he respected them, but he was incredibly generous in the process.”

Heyck’s honors included the Bishop Matthew Simpson Award for outstanding service to undergraduates, fellowships from the American Council of Learned Societies and the National Endowment for the Humanities and a “Professor of the Year” award from the Council for the Advancement and Support of Education.

Time and again, colleagues noted his warmth, wit and smarts.

“Bill was always slightly formal but at the same time completely devoid of any trace of self-importance,” said Sarah Maza, a professor of history at Northwestern who specializes in 18th- to 20th-century France.

She reflected on a public mock debate with Heyck at one of the residential colleges, titled “British Versus French Culture: Which Is Superior?”

“I don't remember who won, but I do remember Bill was, as usual, completely tongue-in-cheek hilarious. His combination of warmth, generosity and intellect were what made him such a huge hit with generations of students,” Maza said.

Colleague Laura Hein, a professor of history at Northwestern who was director of Graduate Studies when Heyck was chair of the history department, offers perspective on Heyck’s celebration of young talent.

Heyck hired Kryzstof Kozubski, today an assistant director of the Buffett Center for International and Comparative Studies at Northwestern, as a graduate secretary.

“At that time Kryzs was new in the U.S. and still learning English,” Hein said. “He was working at a mailboxes-type place where Bill was sometimes a customer. Bill figured out that Kryzs was way smarter than that job required and encouraged him to apply for our position. Bill was brilliant at reading potential in young people and steering them where they could achieve it.”

Another former colleague, Robert Lerner, who, as Heyck, came to Northwestern in 1968, said, “Bill and I were comrades-in-arms until our retirements.”

“Throughout he was one of my most treasured colleagues,” Lerner said. “He was unfailingly principled, unfailingly generous in acknowledging the accomplishments of others and unfailingly dead-pan witty.”

“Students flocked to him, both inside of class and out, a particularly noteworthy fact given that he was not a grandstander.”

“Bill's commitment to the intellectual life was marked not only by his teaching and engagement in scholarly work but also in his success in driving through the residential college system for undergraduates,” he said.

Jock McLane, another emeritus professor of history at Northwestern, said that besides being a brilliant teacher and exceptional University citizen, Heyck was passionate about public affairs.

“He cared deeply about the environment and the dangers of global warning, and his judgments on those issues were shaped by his Christian faith,” McLane said. “Born a Roman Catholic, he became an Episcopalian and was active in church affairs.”

“Few things gave Bill greater pride than his wife’s writings about human rights in Central America, his son Hunter’s scholarship or his daughter Shannon’s career in environmental affairs,” he said.

A reception will follow the memorial service. In lieu of flowers, donations may be made to the Leukemia Research Foundation, 3520 Lake Ave., Suite #202, Wilmette, IL 60091-1064, www.allbloodcancers.org.

For more information about the service, call 847-675-1990 or visit www.donnellanfuneral.com.