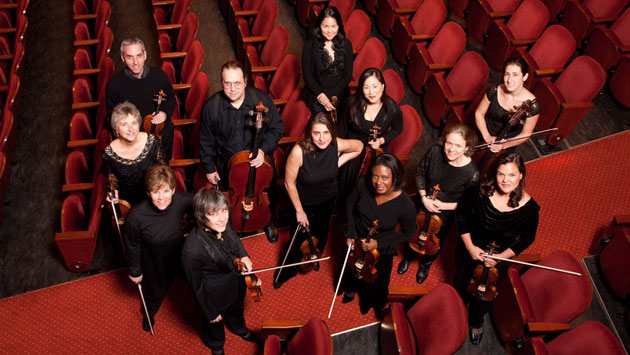 The New Century Chamber Orchestra with violinist Nadja Salerno-Sonnenberg, A Far Cry and two stellar string quartets — the Calder and the Escher — are among the leading chamber ensembles and artists featured in Northwestern University’s 17th annual Winter Chamber Music Festival.

Presented from Jan. 11 to 31 by Northwestern’s Henry and Leigh Bienen School of Music and directed by faculty member Blair Milton, the 2013 Winter Chamber Music Festival is made possible in part by the Elizabeth F. Cheney Foundation.

All of the festival’s seven January concerts begin at 7:30 p.m. and take place in Pick-Staiger Concert Hall, 50 Arts Circle Drive, on the University’s Evanston campus. A free 10 a.m. Saturday, Jan. 26 master class led by members of the Escher String Quartet will be held at Regenstein Recital Hall, 60 Arts Circle Drive, as noted.

Subscription prices for this year’s seven-concert series, which includes prime reserved seating and a savings of up to 10 percent off single-ticket prices, are $148 for the general public and $63 for students. Northwestern faculty and staff who present a valid WildCARD receive a 15 percent discount off the general-public price for single tickets only.

For more information or to order tickets, visit www.pickstaiger.org.