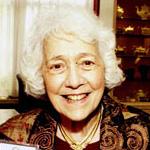 Northwestern University has received an $8.6 million gift from the estate of alumna Marie A. Quinlan.

The gift will benefit the preservation department of the Northwestern University Library and will help protect fragile and distinctive research assets in many formats, including books, archival materials, textiles, art, audio, film and digital collections.

The library’s preservation program is nationally known for its conservation work, research and training initiatives.

The gift also established an endowed position within the library. Scott W. Devine, the head of the library’s preservation department, will be awarded the “Marie A. Quinlan Director of Preservation and Conservation” title at an investiture ceremony at 5 p.m, March 13, in Northwestern’s Deering Library.

Both Quinlan and her husband, George, graduated from Northwestern in 1933. He passed away in 1990 and she in 2010. She was a mathematics teacher in the Chicago Public Schools for 25 years.

Quinlan was an active member of the Northwestern University Library Board of Governors for two decades and was made a Life Member in 2000. She and her husband donated annually to Northwestern for decades, including a period of 31 consecutive years.

"Marie's philanthropy was intrinsically tied to her love of learning and her genuine commitment to education,” said Stephen M. Strachan, chair of the Library Board of Governors. “Her generosity will continue to allow the preservation department to explore new technologies, preserve more of the library's precious resources and help create an enduring legacy for future generations of Northwestern scholars.”

The gift from Quinlan’s estate is funding many exciting new projects within the preservation department, including:

“We are extremely grateful for Marie’s dedication to the Northwestern University Library over many years,” said Sarah M. Pritchard, Dean of Libraries and Charles Deering McCormick University Librarian. “Her passion for education was a driving force in her work with the library. She had a sincere commitment to preserving and protecting the library's collections for the benefit of all Northwestern users. She helped build the library into the extraordinary resource it is today.”