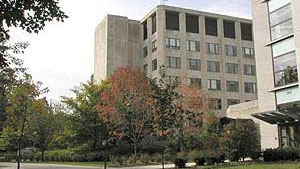 The magazine says Kellogg remained tied with the University of Chicago's Booth School of Business, but both moved up from 5th to 4th place and into a three way tie with the Sloan School of Management at the Massachusetts Institute of Technology.

Harvard and Stanford remained tied for the top spot, with the University of Pennsylvania ranked third.

U.S. News surveys all 441 master's programs in business accredited by the Association to Advance Collegiate Schools of Business International.

Quality assessments were based on surveys of school deans and corporate recruiters. The ratings also factor in placement success and student selectivity.

U.S. News says tuition for NU's MBA program is $54,000 a year, about the same as the cost at the other top-ranked schools.