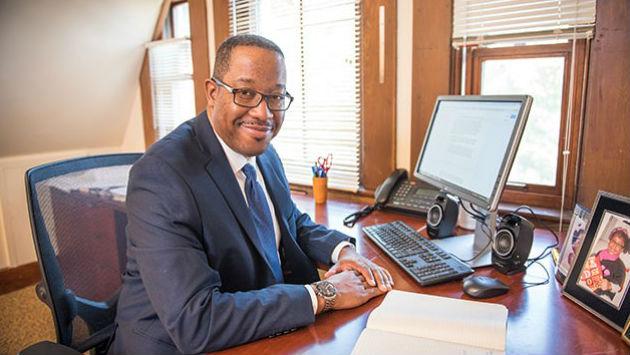 “Northwestern is committed to creating a welcoming, inclusive and safe campus, and Dwight Hamilton’s extensive experience will help us strengthen and improve our existing programs,” said Linzer, who will step down this summer after 10 years as provost.

Incoming Northwestern University Provost Jonathan Holloway, who will take the post on Aug. 1, said Hamilton is the right choice to lead the next exciting chapter at Northwestern.

“I look forward to joining Dwight in support of these critical causes for Northwestern,” Holloway added.

Reporting to the provost, Hamilton will be the university’s lead official for sustaining its commitment to preventing and combating sexual misconduct and promoting equal opportunity and access.

In this new position, Hamilton will be responsible for integrating two existing Northwestern offices: the University’s Title IX Office and the Equal Opportunity and Access Program. These offices are responsible for prevention education and addressing complaints related to discrimination, harassment, sexual misconduct and retaliation, and for managing diversity in hiring, affirmative action and employee disability accommodation.

“I couldn’t be more excited to join Northwestern and especially to take on this challenging new position,” Hamilton said.

Hamilton joined Smith as chief diversity officer in February 2015 and was later promoted to vice president of inclusion, diversity, and equity. In that position, he built Smith’s Office of Inclusion, Diversity, and Equity and enhanced its Title IX practices and procedures.

Before joining Smith, he was associate vice president of affirmative action and Title IX officer at Grand Valley State University, where he successfully recruited faculty and staff of color, increasing both the diversity of applicant pools and hiring rates for underrepresented populations.

He also led and trained a group of inclusion advocates to ensure that GVSU applied inclusive recruiting and hiring practices and worked extensively to prevent, address and investigate instances of discrimination and harassment, including sexual violence.