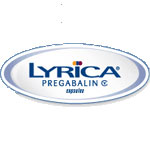 A little pill has helped Northwestern University lead all colleges nationwide in revenue from inventions since 2008.

Lyrica, the anti-seizure drug developed by a chemistry professor, has helped the university vault to the top of a list maintained by the Association of University Technology Managers.

As reported by Crain's Chicago Business, the $1.36 billion NU has earned, mostly from Lyrica, has left other Illinois schools in the dust, with licensing earnings of less than 10 percent of Northwestern's.

NU now is earning more than such traditional research centers as the Massachusetts Institute of Technology and Stanford University.