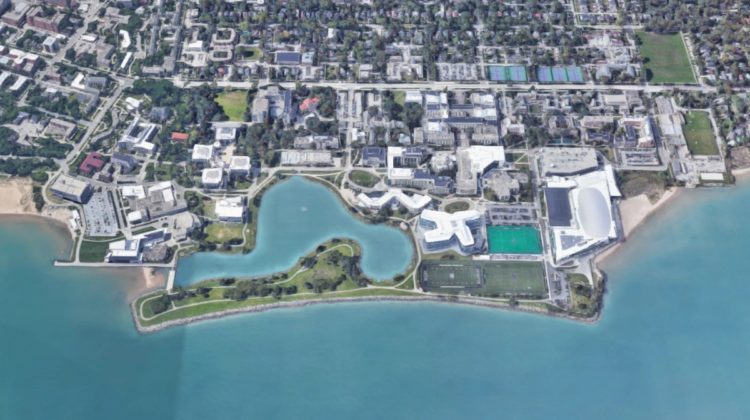 Northwestern University’s color may be purple, but a new partnership will add a bit of green to the mix.

The university has announced a five-year partnership with an international clean energy expert firm called Ameresco, to help pay for much-needed campus improvements in things such as lighting, heating and smart building technology.

“It’s the stuff behind the walls,” says Greg Kozak, NU’s director of sustainability. “It’s what you don’t see, but it’s very important.”

The contract lets work begin almost immediately, rather than waiting years to finance capital projects. Under what’s called an Energy as a Service agreement, Ameresco funds the improvements, and is then paid back by Northwestern out of what is saved on energy costs.

“There is zero upfront for the university,” Kozak explains.

The cost of the projects is not being disclosed, but Kozak confirms the amount of work to be done is in the millions of dollars. “We are able to immediately tackle energy infrastructure and also deferred measures,” he says.

Lou Maltezos, executive vice-president at Ameresco, says the company will evaluate Northwestern’s 200-plus buildings in Evanston and Chicago, to “develop and execute deep energy retrofits” which can lead to energy savings.

The Energy as a Service agreement is part of Northwestern’s goal to reduce greenhouse gas emissions by 30% by 2030, and cut them to zero by 2050.

The deal also creates two internships per quarter at Ameresco for Northwestern University students, as well as several fellowships where NU students can work on clean-energy-related projects.

And, there’s another Northwestern connection here besides the contract.

Ameresco VP Maltezos is also a Northwestern alumnus and an Evanston resident.

“It is very exciting to have the opportunity to work on something this unique and with this scale,” he says, “which can really have a positive impact on the University for years to come.”