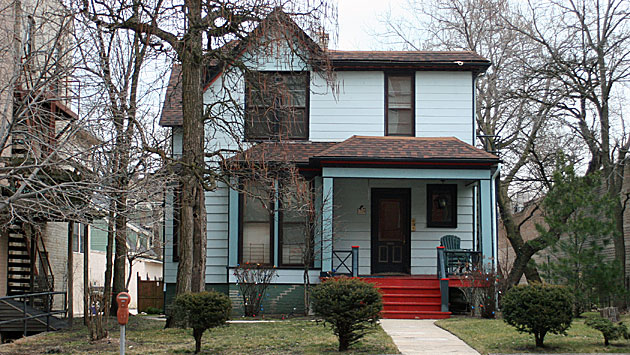 The NU-owned house at 1229 Chicago Ave. that may make way for a Trader Joe's parking lot.

Bobkiewicz says the university owns a parcel of land at 1229 Chicago Avenue that may ultimately be included in the Trader Joe's development.

He said Terraco, Inc. of Wilmette started talking to the city about the Trader Joe's project a year ago and gained control of the former Blockbuster Video property at 1211 Chicago Avenue last August.

But to provide sufficient parking for the planned 13,000 square foot Trader Joe's store, the site needed a bigger footprint.

Bobkiewicz said the developer initially tried to obtain the parcel to the south that is occupied by a Shell gas station, but the station's owner wasn't interested in selling.

The developer then worked with city staff to identify the ownership of the parcels to the north — which include a storefront building housing a tanning salon and a now-shuttered restaurant at 1223-25 Chicago — which Terraco has had under contract to purchase since late last year. 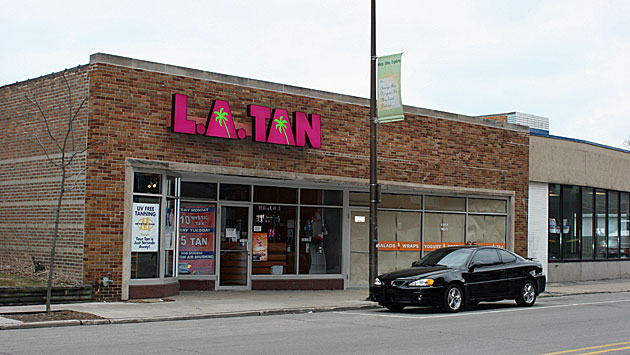 The property at 1229 Chicago, it turned out, had been owned by the university for at least the past 90 years, and apparently, Bobkiewicz says, was acquired under a long-ago homestead program under which a homeowner could sell their house to the school in return for a promise that their children would be educated at NU for free.

"When we approached the university about the Trader Joe's prospect," Bobkiewicz said, "they were very open to helping us with it."

But because a final agreement on selling the 1229 Chicago Ave. property hasn't been reached, and is complicated by an existing lease on the home, Bobkiewicz said, the city didn't feel it was appropriate to talk about the university's participation when the Trader Joe's project was announced last Friday.

He says the city is exploring with Terraco the possibility of relocating, rather than demolishing the house.

The university's role first came to light in a story in the Daily Northwestern this morning which suggested University President Morton Schapiro was surprised the university's participation hadn't been mentioned.

The story inaccurately described the university-owned land involved in the deal as an alley.

Mayor Elizabeth Tisdahl issued a statement this morning apologizing for the omission and thanking the school for its role.

City officials have been gun-shy about promoting the arrival of Trader Joe's in town after plans to locate the popular grocery at two other local sites fell through in recent years.

Current plans are to build the new store on what's now the Blockbuster parking lot south of the existing store, and then demolish the existing buildings to provide parking.