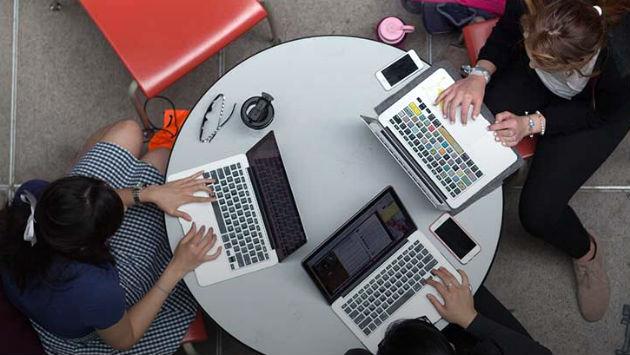 With student demand and research opportunities in computer science skyrocketing, Northwestern University today announced it will hire an additional 20 faculty members and substantially expand its commitment to this field in the years ahead.

Half of the new faculty appointments will be in core computer science areas and half structured as collaborative “CS+X” appointments with other disciplines.

The University is making initial investments in advance of fundraising to support the overall effort, which is expected to exceed $150 million.

“This is an investment in the future of the University. Computer science has become a foundational discipline for many of our students, and faculty across the University are increasingly using computational thinking,” Northwestern President Morton Schapiro said. “It is important for Northwestern to continue to enable new paths for exploration. The time is right to make this commitment.”

Interest in computer science among students at Northwestern has increased significantly. In the last five years, the number of computer science majors has more than tripled. Overall course enrollments have more than doubled, with non-majors taking many advanced classes. Basic computer science skills have become a prerequisite for many jobs for new graduates, and demand for such knowledge will only increase in the future.

The explosion of available data combined with increased computing power has resulted in research growth in areas such as artificial intelligence and machine learning, robotics and data analytics.

“The power of computer science lies in augmenting our thinking and in its ability to accelerate research exponentially in other areas,” said Julio M. Ottino, dean of the McCormick School of Engineering. “Even areas as diverse as art, economics, medicine and political science can benefit from integrating computational thinking into their research and education. The possibilities are endless.”

Several Northwestern computer science professors already have joint appointments in areas such as music, journalism and education, and many of the new faculty positions will be at new intersections of disciplines.

One recent success is at the intersection of computer science and journalism. Narrative Science, a company founded by computer science professors Kristian Hammond and Larry Birnbaum, offers an artificial intelligence service that extracts the most important information from a data source and turns it into a narrative using natural language.

The underlying program resulted from a collaboration among the two professors, their students and students from the Medill School of Journalism, Media, Integrated Marketing Communications.

Other Northwestern computer science professors also have been successful in bringing their research advances to the market. 4C, a data science company that helps agencies, brands and television networks plan, measure and execute advertising campaigns more effectively, was founded by computer science professor Alok Choudhary. 4C’s algorithm tracks trillions of data points that reflect the behaviors of more than 1 billion consumers worldwide, including within social networks. It counts among its customers 400 of the Fortune 1000 companies.