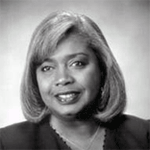 Hine was one of nine women recognized by The National Women's History Project, which honors those who have woven women’s experiences — often largely ignored or undocumented — into the fabric of history.

“If I can impress upon the historical profession how important it is to talk to and illuminate the lives of people who did not leave written records, but who also influenced generations of women all over the globe, then I will feel that my career is worthwhile,” Hine said.

A leading scholar of the African-American experience who helped pioneer the field of black women’s history, Hine is the Board of Trustees Professor of African American Studies and professor of history in Northwestern’s Weinberg College of Arts and Sciences.

Last summer President Barack Obama presented Hine with a 2013 National Humanities Medal for her contributions towards African-American history. She called the honor “both a blessing and a profound moment” in black women’s history.

“My personal code consists of passion, hard work and sharing the fruits of intellectual labors with others,” Hine said. “The goal is to become a transformative agent in the struggle against social inequalities, ignorance and exploitation.”

Hine’s work focuses on black women “who remained at the bottom of the ladder.” She began searching for their contributions to history back in 1980, when she was challenged to write a history of black women in Indiana. During the six-month project, Hine discovered “a rich legacy of community-building work of black women” in local and private historical collections.

Since then Hine has become a leading expert on the subject of race, class and gender in American society. A prolific writer, she has authored or edited numerous books and publications, including “The African-American Odyssey,” “Black Women in White: Racial Conflict and Cooperation in the Nursing Profession” and “A Shining Threat of Hope: The History of Black Women in America.

“Whatever your talent is, you must share it with great passion,” Hine said in an interview with Weinberg magazine. “My passion was history. I believed and still do believe that many of the problems that we face today have their genesis in actions, belief systems and misdeeds that occurred in the past.”