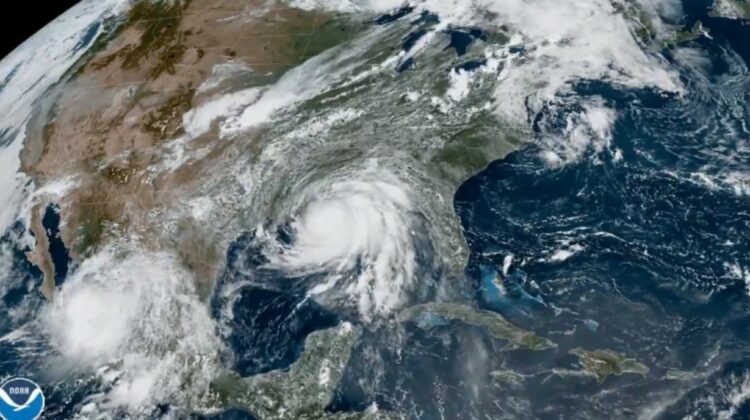 Victor Goines grew up in New Orleans. “Born and raised there,” he says. High school. College too.

While Goines lives in Evanston now, as a professor of jazz studies at the Bienen School of Music, he still has family in the Crescent City, some of whom rode out Hurricane Ida in their homes.

Some relatives were able to evacuate before the massive storm came through, but Goines has two brothers who are New Orleans police officers, so they had no choice but to stay.

His father is a retired New Orleans cop, who also remained at home with his wife. Goines says his dad had personal reasons to stay in the city.

“I kept in touch with him” as the hurricane came through, Goines adds. “We minimized wasting energy on our cell phones,” he explains. When his dad’s phone started running low on power, he recharged it in the car.

The family’s properties are not damaged, Goines says, but many other homes lost a roof or will need other sorts of repairs.

“It’s never easy” in New Orleans, Goines says, “because it’s always a situation where you have to rebound. Some people have the resources to do that,” he adds, “but some don’t.”

“Fortunately,” he says, “the levies held,” a major difference between Hurricane Ida and Hurricane Katrina 16 years ago.

Goines, a jazz saxophonist and clarinetist who has toured with legendary trumpeter Wynton Marsalis, has a house in Covington, Louisiana, across Lake Pontchartrain from New Orleans.

The house was not damaged, but still, Goines says a neighbor told him “I’m getting really tired of this.”

Tired or not, New Orleans residents, Goines says, are more prepared than they have ever been.

If you use plywood for any construction project, he explains, “you cut your plywood to cover your windows, and store it for the next hurricane.”

Another friend “has two inflatable rafts in the garage,” just in case of flooding.

Goines says “as soon as the hurricane went through,” he purchased several generators to take to New Orleans for friends and relatives, who might be without power for days or weeks.

Goines says he’ll get on the road for the 13-hour drive, one he’s made “many times,” as soon as it’s safe to enter the city where he grew up, a city he still cares about deeply.

“I’m still as connected as one can be,” he says.