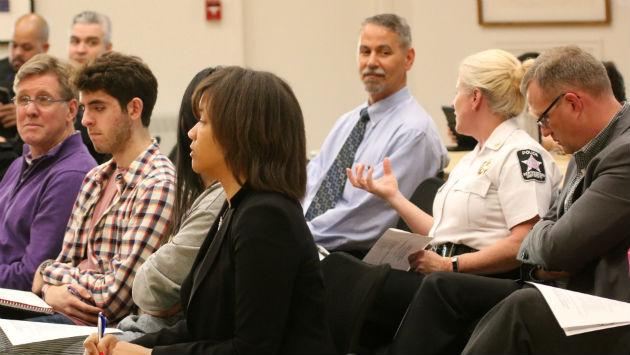 Northwestern University officials and students met with a handful of neighborhood residents Thursday evening to detail plans for minimizing problems with this year’s edition of the annual Dillo Day music festival on campus scheduled for Saturday, May 20.

NU Deputy Police Chief Gloria Graham said May 20 with be an “all hands on deck day” for university police, with a full command center set up to manage the event and many officers working a double shift.

“The only comparison would be to a football game day,” she said.

She told residents gathered in the Parasol Room at the Civic Center that representatives from Northwestern and Evanston police along with Superior Ambulance, the private ambulance service hired to assist with the event, and the Dean of Students office will be at the command center.

In addition, she said, they’ll have separate command posts at Fireman’s Park near campus and at the lakefront festival site itself.

NU, she said, will also pay to have extra Evanston Fire units on duty to handle ambulance runs and to provide water rescue services, should any students partying on the lakeshore rocks end up falling into the water. 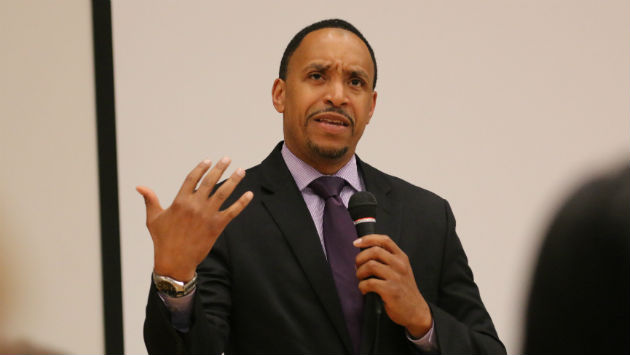 Alan Anderson, the school’s director of neighborhood and community relations, said he, along with student organizers of the event and staff from the dean of students office conducted “knock and talk” walks through the off-campus neighborhood Thrusday distributing fliers with “Dillo Day Do’s and Don’ts” advice and cautioning off-campus students about risky behavior during the event.

Dean of Students Todd Adams said the school has worked with local hospitals to be sure they will have increased staffing available on Dillo Day.

He said between nine and just under two dozen people have been transported to hospitals during recent Dillo Day events, a tiny fraction of the roughly 12,000 people who attend.

Neighbors said they still are concerned about loud parties occurring off campus during the day and the occasional sight of young people falling-down-drunk on the streets.

An Evanston police officer at the meeting said many officers would be on patrol — on bicycles as well as in squad cars — in the off-campus area. He urged residents to call 911 with complaints and pledged officers would respond quickly.

But he said officers “try not to arrest people if they can avoid it” and often the goal is simply to get a crowd to disperse.

Anderson said the school is using a new, more secure wristband system to control access to the event this year and that it is increasing efforts to make sure students have access to plenty of food and water to lessen the impact of any alcohol they may consume.

Those efforts also include a Smart Dillo Twitter feed, which among other things, features some animated advice.