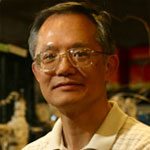 Imagine a cellphone battery that stayed charged for more than a week and recharged in just 15 minutes. That dream battery could be closer to reality thanks to Northwestern University research.

A team of engineers has created an electrode for lithium-ion batteries — rechargeable batteries such as those found in cellphones and iPods — that allows the batteries to hold a charge up to 10 times greater than current technology. Batteries with the new electrode also can charge 10 times faster than current batteries.

The researchers combined two chemical engineering approaches to address two major battery limitations — energy capacity and charge rate — in one fell swoop. In addition to better batteries for cellphones and iPods, the technology could pave the way for more efficient, smaller batteries for electric cars.

The technology could be seen in the marketplace in the next three to five years, the researchers said.

A paper describing the research is published by the journal Advanced Energy Materials.

“We have found a way to extend a new lithium-ion battery’s charge life by 10 times,” said Harold H. Kung, lead author of the paper. “Even after 150 charges, which would be one year or more of operation, the battery is still five times more effective than lithium-ion batteries on the market today.”

Kung is professor of chemical and biological engineering in the McCormick School of Engineering and Applied Science. He also is a Dorothy Ann and Clarence L. Ver Steeg Distinguished Research Fellow.

With current technology, the performance of a lithium-ion battery is limited in two ways. Its energy capacity — how long a battery can maintain its charge — is limited by the charge density, or how many lithium ions can be packed into the anode or cathode. Meanwhile, a battery’s charge rate — the speed at which it recharges — is limited by another factor: the speed at which the lithium ions can make their way from the electrolyte into the anode.

In current rechargeable batteries, the anode — made of layer upon layer of carbon-based graphene sheets — can only accommodate one lithium atom for every six carbon atoms. To increase energy capacity, scientists have previously experimented with replacing the carbon with silicon, as silicon can accommodate much more lithium: four lithium atoms for every silicon atom. However, silicon expands and contracts dramatically in the charging process, causing fragmentation and losing its charge capacity rapidly.

Now, Kung’s research team has combined two techniques to combat both these problems. First, to stabilize the silicon in order to maintain maximum charge capacity, they sandwiched clusters of silicon between the graphene sheets. This allowed for a greater number of lithium atoms in the electrode while utilizing the flexibility of graphene sheets to accommodate the volume changes of silicon during use.

“Now we almost have the best of both worlds,” Kung said. “We have much higher energy density because of the silicon, and the sandwiching reduces the capacity loss caused by the silicon expanding and contracting. Even if the silicon clusters break up, the silicon won’t be lost.”

Kung’s team also used a chemical oxidation process to create miniscule holes (10 to 20 nanometers) in the graphene sheets — termed “in-plane defects” — so the lithium ions would have a “shortcut” into the anode and be stored there by reaction with silicon. This reduced the time it takes the battery to recharge by up to 10 times.

This research was all focused on the anode; next, the researchers will begin studying changes in the cathode that could further increase effectiveness of the batteries. They also will look into developing an electrolyte system that will allow the battery to automatically and reversibly shut off at high temperatures — a safety mechanism that could prove vital in electric car applications.

The paper is titled “In-Plane Vacancy-Enabled High-Power Si-Graphene Composite Electrode for Lithium-Ion Batteries.” Other authors of the paper are Xin Zhao, Cary M. Hayner and Mayfair C. Kung, all from Northwestern.