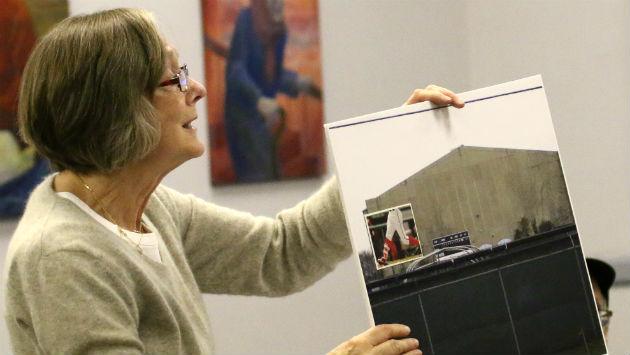 Northwestern University officials rounded third base Monday night in their effort to win approval from the City of Evanston for a new scoreboard at Rocky Miller Park, despite complaints from a handful of Wilmette neighbors of the baseball field.

The plans, already approved by city staff and the Zoning Board of Appeals, won approval from the City Council's Planning and Development Committee Monday — but with a condition that the university provide revised landscaping plans before a final City Council vote scheduled for Feb. 8.

The Wilmette residents, who repeatedly interrupted a university official as he responded to questions from aldermen, at one point had to be admonished by Planning and Development Chair Mark Tendam to stop interrupting or leave the room.

For their part, the residents, who live across the Isabella Street municipal boundary from the field, claimed that the scoreboard would be a blight on their property values, a distraction to drivers and a threat to migratory birds. One speaker also objected to the possibility that her children might see ads for Coca-Cola on the scoreboard. 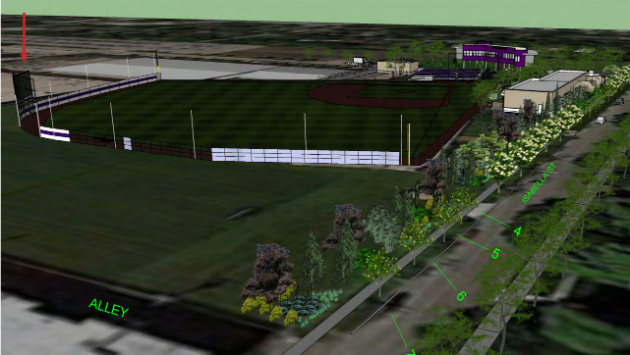 A rendering of the baseball field, with an arrow pointing to the new scoreboard and new plantings shown along Isabella Street.

University officials said the LED scoreboard would be illuminated only at hours when games are being played — from early afternoon until dusk on 18 spring days. A separate new scoreboard for the adjoining softball field, which was not the main focus of the residents' ire, would be used on 13 days each year.