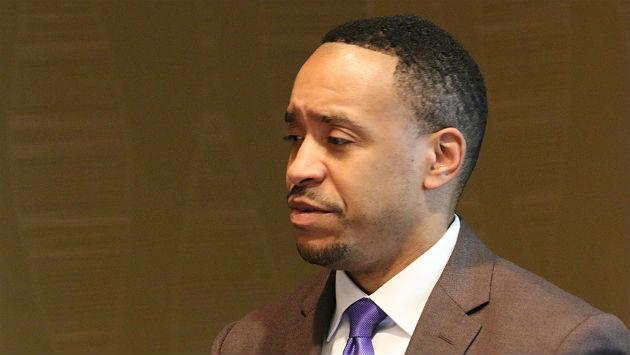 The man in charge of community relations for Northwestern University told the Downtown Evanston board this week that the school is working hard to strengthen its ties with city residents.

In the past, Alan Anderson said, relations could be characterized as strained and contentious. But now, he said, the school is seeking what he described as a strong, fulfilling, mutually-beneficial partnership.

About nine months into the job at NU, Anderson says there are clear differences between Ann Arbor, where he earned his undergraduate degree from the University of Michigan and Evanston, where he earned masters degrees in business and electrical engineering from NU.

"In Evanston, if you walk up to the wrong person and call it a college town, that can create a lot of challenge," Anderson said. Evanstonians think of their town as a city where "there happens to be a great institution," whereas in Ann Arbor the University of Michigan is much more the center of the local universe.

"If I go to a Potbelly Sandwhich Shop in downtown Ann Arbor, every tabletop is Maize and Blue," he added, "but if I go to the one outside my office here, I see ETHS stuff proudly displayed."

And Anderson offered examples of efforts in each of those areas.

He said NU has increased efforts to work with Evanston Township High School to enhance learning opportunities for students there by creating a partnership office at the school.

It's also brought Evanston residents into training programs for skilled trades jobs at the school. "Two of the workers hired a year ago have just qualified for permanent positions," Anderson said, with another four expected to win similar approval soon.

And NU has created a Community Emergency Response Team that works in concert with a similar program in the city.

In addition, Anderson said at the Thursday meeting of the Downtown Evanston Board at the Hilton Garden Inn, the school wants to provide open access to campus resources for the community.

Efforts along that line range from hosting the Evanston MashUp networking event each fall to holding a 'Kits and 'Cats Day to introduce high school students to college life and organizing a summer movie night fo the community at the Ryan Field football stadium.

"So many people in the university have great partnership ideas," Anderson said, "but often they can't figure out how to do it." Part of his role, he said, is to help make connections for people.

Downtown Evanston board member Dan Kelch said that in the past town-gown disputes had gotten so bad that "it was filtering down to the students — they weren't feeling welcome in their own community."

"That event helped change the dialogue, and put something positive in play," Kelch said, adding that he hopes the positive trends in the relationship on both sides will continue.