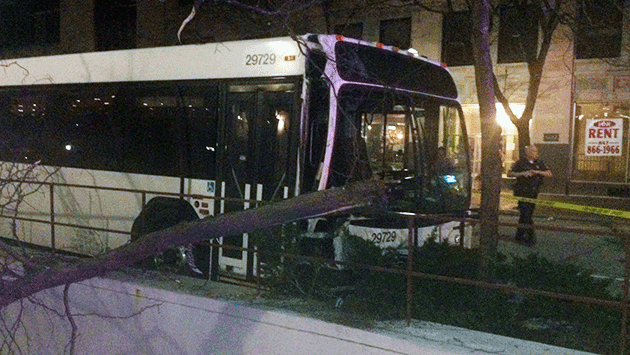 The accident occurred in the 1600 block of Orrington Avenue, along the retaining wall that separates the street from the entrance to the underground parking garage of the 1603 Orrington building. .

At least two students were on the bus, but reportedly no one was injured, although the front windshield of the bus shattered from the impact with the tree.

Update 10:50 a.m.: Evanston Police Cmdr. Joseph Dugan says the driver told officers that the bus hit a pothole and then pulled to the right and he was unable to stop it from jumping he curb and hitting the tree.

Dugan says the driver, an Indiana resident, was issued citations for failure to reduce speed to avoid an accident and for damage to city property.