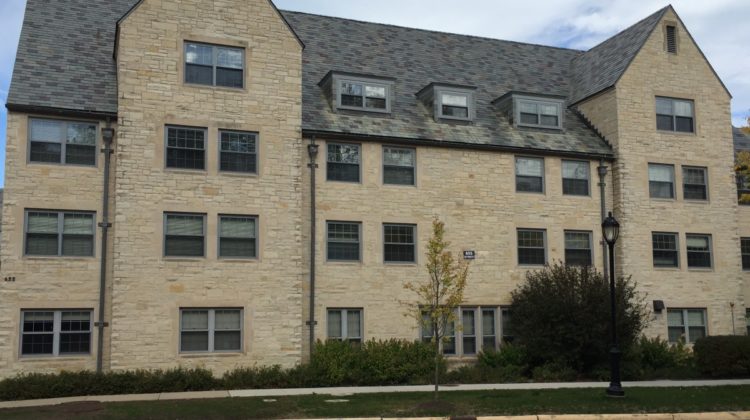 Pack light. And be ready to move out quickly. Those are among the recommendations from Northwestern University to first and second year students who decide to return to the dorms.

In a letter to the NU community Wednesday, President Morton Schapiro said Northwestern is reversing its first quarter housing policy, which banned first and second year students from living in the dorms.

In fact, those students were barred from campus entirely, as all first and second year classes this fall are being held remotely to help minimize the spread of COVID-19.

Those students were encouraged to take their remote classes from home, and not even come to Evanston, although NU estimates about 400 first and second year students (out of about 4,000) came to town anyway and rented apartments.

In his letter, Schapiro said “we have experienced a better Fall than originally projected,” so Northwestern plans to “proceed, with caution, in bringing back all undergraduates” to campus.

Not only does this mean access to the dorms for first and second year students, but Northwestern is “working modestly to increase the number of in-person classes.” Most classes, however, will still be taught remotely, as they are now.

Despite letting first and second year students back into the dorms, NU spokesperson Jon Yates says “our planning accounts for the scenario that most students with off-campus leases will remain in their apartments, but some will opt for living on-campus.”

It’s unknown yet how many first and second year students who stayed home will choose dorm living next quarter, or remain home and take classes online.

NU is asking freshmen and sophomores to let the school know by early December if they want to live in a dorm. So far, Yates says, the majority responding prefer double rooms instead of singles. Frats and sororities also have the option to open next quarter “with certain safety measures in place.”

Whatever the room type, a COVID-related move may be required. In the letter, Schapiro says “students should limit the number of personal items they bring in case we need to reduce campus population quickly during the term.”

Whether they live on-campus or off, Northwestern will require weekly COVID tests for all undergraduates.

Update 8:20 p.m.: At a 7th and 8th Ward meeting this evening, City Manager Erika Storlie said the city plans to continue to work with the university to make sure adequate protocols are in place for testing and social distancing at NU next quarter.

“We’ve been fairly successful thus far, and while we’re experiencing an uptick in cases now, only about 16% of cases in the city are directly attributed to Northwestern students,” Storlie said.

“The students are doing a fairly decent job of keeping those numbers low,” she added, but bringing in more students is of concern.

“Evanston is doing a remarkable job trying to contain COVID, and we want to keep up that momentum,” she said.

One reason for the winter reopening is, according to Schapiro’s letter, a relatively low number of coronavirus cases among students. “The positive cases primarily have been in small clusters of students, many resulting from off-campus social gatherings. There have been few documented cases of on-campus transmission among students …,” the letter states.

Of course, there have also been very few students on campus this quarter in the first place, either in classes or in the dorms.

The letter also says “for much of the Fall, our campus-wide testing positivity rate has been below 0.6%. There was a slight uptick last week to just below 1%.”

The Northwestern COVID dashboard now shows another uptick, to 1.07% positivity for the period Oct. 22-28. That rate is still far below both the City of Evanston, and suburban Cook County, but it has been increasing.

And while Northwestern is planning to change its housing policy and have more in-person classes, there is always the chance those changes will not take place. “We will,” Schapiro says, “of course continue to monitor the pandemic and may be forced to revise our decision if conditions or public health mandates require us to do so.”