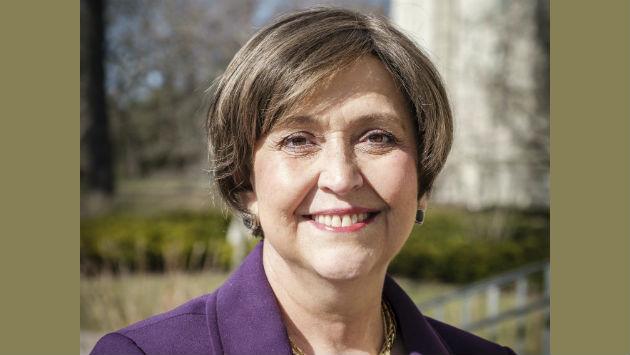 Patricia Telles-Irvin, vice president for student affairs at Northwestern University, died early Monday after a long battle with cancer. She was 63.

A Celebration of Life event in her honor has been scheduled for 3 p.m. on Friday, June 14, at Alice Millar Chapel on Northwestern’s Evanston campus.

Members of the University community described Telles-Irvin as a strong, caring and innovative leader who was relentless in her dedication to make Northwestern a more diverse, inclusive and humane campus and to enhance the student experience. They spoke of how her love for students showed through in the best of times and mattered all the more in difficult moments.

“Patricia was a beautiful person,” Northwestern President Morton Schapiro wrote in a message to the campus community sharing news that Telles-Irvin had died.

“From the day she arrived at Northwestern in 2011, she was deeply committed to improving the lives of all of our students, especially those who came from underrepresented communities. She worked tirelessly to create a Northwestern in which every single student, regardless of background, felt at home. This was not easy work as the world became increasingly stratified and uncivil,” Schapiro said. “She never wavered in finding the best in all of us.”

During her tenure at Northwestern, Telles-Irvin worked to invest in the future and make the student experience more inclusive, welcoming and successful for all students, including the increasing numbers of first-generation students, low-income students and underrepresented minorities that the University enrolled in recent years.

She championed efforts to transform the residential experience, create stronger ties between students and the campus and led efforts on acculturation and diversity, as well as women’s concerns and student development.

She established the office of Campus Inclusion and Community, which works with partners across the University to develop inclusive learning environments, and the office of Student Enrichment Services, which supports first-generation, low-income and DACA/undocumented students.

A psychologist by training, she guided the University’s expansion of programs for student mental health and well-being. Counseling and Psychological Services and other units supporting well-being grew significantly during her tenure.

Telles-Irvin previously had served for seven years as vice president for student affairs at the University of Florida.

She received her bachelor’s degree in education at Duke University and a doctorate in counseling psychology from Boston University. She was a licensed psychologist in the state of Florida.

Telles-Irvin is survived by her husband, Donald Irvin; a son, Daniel Irvin; her sister, Cynthia Telles (Waz), and brother-in-law Joe Waz; a granddaughter, Isabella Irvin; and many nieces and nephews.

In lieu of flowers, the family has asked to honor her by contributing to the American Cancer Society or Northwestern’s Student Enrichment Services.