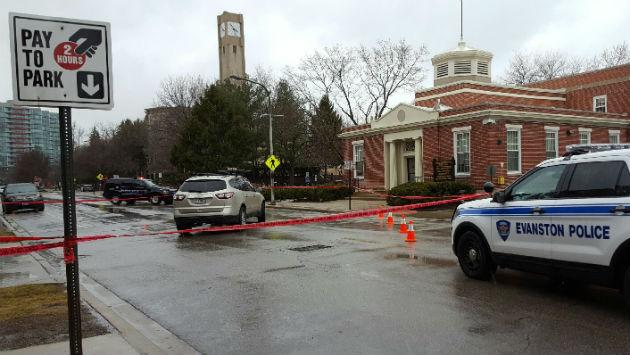 Evanston police say a 26-year-old female Northwestern University student was seriously injured about 3:10 this afternoon when she was struck by a car as she crossed Clark Street downtown.

Police Cmdr. Joseph Dugan says the student was crossing the street at mid-block between Chicago and Orrington avenues when a car driven by a 44-year-old Evanston woman, making a left turn onto westbound Clark from an alley, struck her.

Dugan says the pedestrian was unconscious when officers arrived and was transported by Fire Department paramedics to Evanston Hospital where she’s listed in serious condition with a head injury.

Clark Street from Chicago Avenue to Sherman Avenue is expected to remain closed for another hour or so while the Major Crash Assistance Team investigates the accident.