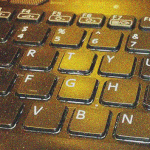 As part of a global effort to spark interest in computer programming, Northwestern University has partnered with Evanston elementary schools for the second annual “Hour of Code” initiative.

Billed as the “largest learning event in history,” Hour of Code kicks off Computer Science Education Week, today through Friday. The activities are designed to introduce youngsters to computer science, demystify coding and demonstrate that anyone can learn the basics.

The Hour of Code doesn’t occur at a specific time. Rather, during science, library and media arts classes, Evanston/Skokie School District 65 students will participate in one-hour coding activities — ranging from apps and game development to introductory lessons in JavaScript or other programming languages. (Anyone can try coding games on their own at code.org.)

Northwestern graduate student volunteers from various departments, including chemistry, engineering and computer science, will facilitate the activities by assisting teachers and working with students.

“Virtually every field these days involves computing, so introducing students to coding at a young age is a great way to get them excited about pursuing this skill both in and out of school,” said Kemi Jona, director of the Office of STEM Education Partnerships (OSEP) and professor of learning sciences and computer science at Northwestern.

The Kits and 'Cats Code event is also supported by Professor Larry Birnbaum, director of Northwestern’s Computer Science program and by Professor Julio Ottino, dean of the McCormick School of Engineering and Applied Sciences.

“Our graduate student volunteers — including many women — serve as role models and sources of inspiration to youngsters who might not otherwise pursue STEM fields like computer science,” Jona said.

The international event is organized by code.org, a nonprofit which works to get more children interested in computer sciences and is backed by technology giants, including Apple and Microsoft.

Though computer science drives innovation in the U.S. and demand for jobs in the field is growing, "it remains marginalized throughout the K-12 education system," according to the Code.org. More than 26,000 computer jobs are open in Illinois; the growth rate is 4.6 times the state average, the Code.org Web site states. Yet Illinois is one of just 25 states where students can count computer science for credit toward graduation.

Last year, an estimated 15 million students participated in the inaugural "Hour of Code"; this year's goal is 100 million children worldwide.  In Evanston, nearly 2,000 middle grade students are expected to be involved in an "Hour of Code" event during December.

“The coding activities will engage students through creativity and problem solving and will infuse the science and engineering practices that are a critical part of the Next Generation Science Standards, the new Illinois learning standards for science,” said District 65 STEM Director Jesch Reyes.