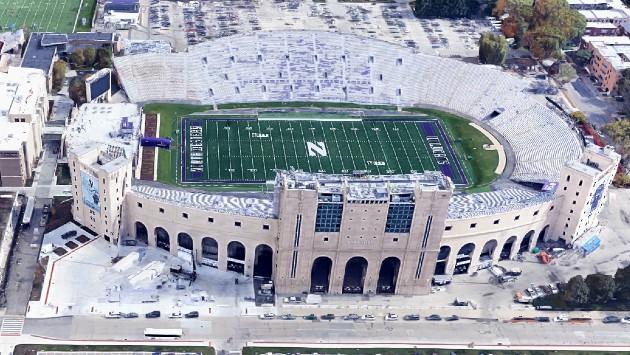 The Big Ten Conference is reversing field and will have a football season after all.

The Conference announced this morning that football will begin the weekend of October 23-24. The Big Ten had cancelled the season last month, citing concerns over the spread of COVID-19 and the uncertainty of its impact on college athletes.

Since that announcement, the Conference has faced increasing financial and political pressure to play, along with protests from some players who wanted to take the field. While the Pac 12 joined the Big 10 in cancelling games, the other major conferences in the Power Five, the ACC, Big 12, and SEC have either started play or will begin this weekend.

In its announcement, the Big Ten said its Council of Presidents and Chancellors “adopted significant medical protocols” including daily COVID testing for athletes, coaches and anyone else on the field for practices, cardiac screening and COVID positivity percentages which could lead to stoppage of practice or even games.

If an athlete has a positive daily test, then there would be different type of test to confirm or cancel the first result. All athletes with a second positive would then receive other medical exams including a cardiac evaluation and could not play in a game for 21 days.

Northwestern University President Morton Schapiro is the Chair of the Council of Presidents/Chancellors. Schapiro is quoted as saying “From the onset of the pandemic, our highest priority has been the health and safety of our students,” adding the new medical protocols and standards “were pivotal in the decision to move forward with sports in the conference.”

In statements issued after the Big Ten announcement, Northwestern Vice President for Athletics and Recreation Jim Phillips said the constantly evolving process has been “guided by the most up-to-date information by our medical experts.” Phillips added “while we still have hurdles to clear before kickoff, I’m thankful for the hard work of so many to create this path for the return of Big Ten football.”

Wildcats football coach Pat Fitzgerald said he was “ecstatic that the Big Ten has built a plan to safely allow our guys the opportunity to play the game I love.” Fitzgerald called today’s development “an emotional lift for our entire locker room.”

Phillps and Mjannes stressed the decision to play was based on medical science, particularly with the advent of rapid covid testing which Phillips said “came to fruition in the past seven to ten days.”

Mjannes called those tests a “game changer,” saying they could even identify someone who has the virus before that individual becomes contagious. That way the player could be removed from practice before he could spread the disease to others.

Phillps was asked if it was fair for football players to have such frequent access to COVID testing when that frequency was not possible for other Northwestern students. Phillips called that a “fair question.” He said player testing was a “conference-wide decision. You try to make the best decision you can.” Mjannes stressed the tests would be handled through the Big Ten and would not take away from any local testing resources.

Coach Fitzgerald said his players were “absolutely ecstatic” when they found out there would be a season. “The guys were stoked.”

Fitzgerald said the Wildcats will be on the practice field at 8 a.m. Thursday. “I’m just fired up,” he said. “I can’t wait to get out there with the guys.”

It’s still uncertain who will play whom on what dates. Assistant Athletic Director Paul Kennedy told Evanston Now the entire Big Ten football schedule will be rebuilt. Also uncertain, what will happen if a team has to back out of a game due to COVID. Will that be a forfeit, and what will that mean for the standings? Kennedy said he believes the Big Ten still has to consider that.

The Big Ten announcement leaves many unanswered questions besides what the schedule will look like. For example, temporary stoppage or cancellation of practice or a game is based on a combination of team and community COVID positivity rates. So then what happens if there is cancellation? Does that team forfeit any games?

Another question … will there be fans in the stands?

Tickets to Big Ten games will not be sold to the general public, according to Penn State Athletics Director Sandy Barbour, on the Big Ten Network, but Barbour indicated family members of players and staff might be allowed in, if an individual school agrees to it.

Northwestern football spokesperson Ray O’Connell told Evanston Now that no decision has been made yet regarding family attendance. Illinois is currently in Phase 4 of coronavirus recovery, where attendance at outdoor events is limited to 20 percent of facility capacity. That works out to about 9,400 people at NU’s Ryan Field (the smallest in the Big Ten), so there would be more than enough room for family members, including those from the visiting team.

Illinois also will be left with the rather strange optic of having Big Ten college football while prohibiting high school football.

Another odd optic … Michigan State has cancelled all in-person classes and put students on remote learning due to the coronavirus. But apparently it will be deemed safe enough for college football players to be on campus but not math majors.

The Big Ten says announcements will be made soon regarding other fall sports which were cancelled, as well as upcoming winter sports such as basketball.

But football is the biggie. Each Big Ten team brings in millions of television dollars from football each season, and those dollars plus ticket sales help fund the rest of every school’s sports program.

There is one person who has to be smiling quite a bit over today’s announcement, President Donald Trump. The President had lobbied the Big Ten to resume football. And it just so happens that several Big Ten schools, Wisconsin, Michigan, Michigan State, Penn State, and Minnesota are in swing states critical in the November election.