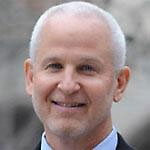 Northwestern President Morton Schapiro ranks 17th on a list of the top-paid university presidents in the nation.

The Chronicle of Higher Education compiled the list from federal tax returns filed by the schools.

Schapiro, who earned more than $1.25 million, was topped in the local area only by University of Chicago President Robert Zimmer, who made nearly $1.6 million.

Income figures for other Chicago-area college presidents include: