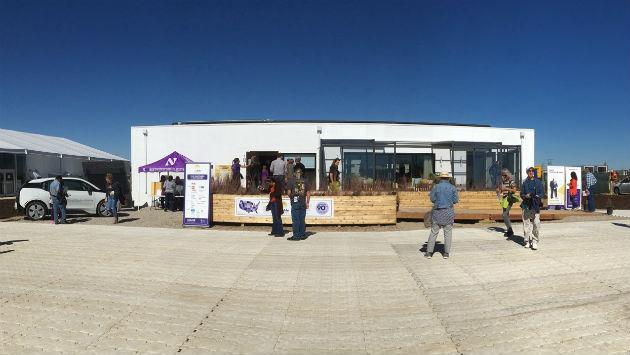 Northwestern students participating in the prestigious Solar Decathlon in Denver are celebrating today.

The two week long competition  has wrapped up and House by Northwestern, called Enable, came away with a number of awards.  The team took first place in Market Potential, first place in Communications and third place in Engineering.

Faculty Director of the project, Dr. Dick Co says the team should be very happy with the home and the results.

“The team accomplished what it set out to do.  We wanted to build a home that shows new technology and design can go hand in hand without compromise. We also learned to be more competitive in future Solar Decathlons.”

According to Co the most heartening of all, is the Northwestern’s entry was the Student Choice award for Most Awesome House. Thousands of middle school students visited the Solar Decathlon over the past two weeks and decided Northwestern’s house was the best.

“ We wanted to build a home, not a prototype or a museum installation, and it was so beautifully designed and executed it really made a lasting impresion on our visitors” 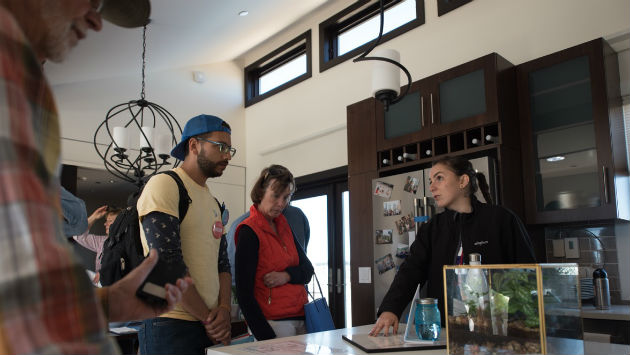 Eleven teams from around the world took part in the competition. The challenge was to design and build a solar powered house. Outside the juried competition the teams vied for top spot in ten different categories including innovation, architecture and water and energy usage.

Co says the one area where the Northwestern team stumbled was in energy use. He explains the open floor plan was not suitable for touring the home in below freezing temperatures, a first in the Solar Decathlon’s 15 year history. In the competition Northwestern came sixth out of eleven teams.