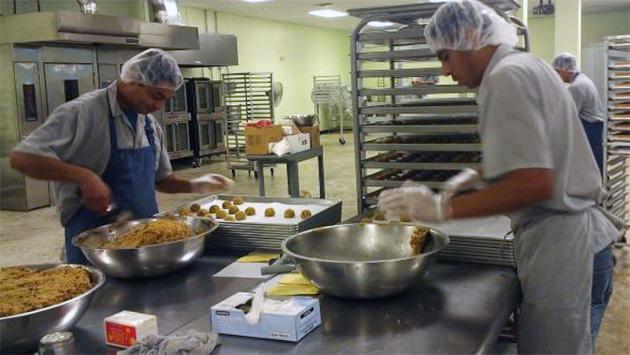 Our Evanston legislators at Manufacturing Day last week endorsed the theory that there are many good factory jobs left unfilled for want of qualified applicants.

Our Evanston legislators at Manufacturing Day last week endorsed the theory that there are many good factory jobs left unfilled for want of qualified applicants.

But, as I indicated yesterday, there’s not much evidence that this “skills gap” exists. Accepting the industry’s agenda at face value, though, has important policy implications – at the national level and here in Evanston.

Although factories are no longer a reliable source for good jobs, the “skills gap” mythology helps promote taxpayer subsidies for manufacturers. That’s been just as true here in Evanston as it has been across the country.

In 2010 Evanston-based Ward Manufacturing received $700,000 in TIF funds from the City; company officials indicated they’d be creating new jobs in Evanston and would look at “employing out-of-school youths.”

Those TIF dollars, Mayor Tisdahl claimed at Manufacturing Day last year, resulted in many new jobs at Ward for Evanston residents. But in fact Ward (at least as of last year) had made no new hires since it had received the City’s money, and had no Evanston residents at all employed there.

If it’s jobs we want, throwing money at manufacturers looks like a losing proposition. At the least, when businesses promise jobs in exchange for taxpayer investment, we should follow up to see whether those jobs have been created, whether they’ve been filled by Evanston residents, and what rates of pay they’re providing.

City officials should demand honest answers and provide accurate information to the public, so citizens can assess whether such subsidies are worthwhile. And let’s ensure that such agreements allow the City to recoup some of that taxpayer investment if businesses fail to meet their part of the bargain.

The “skills gap” also fuels much of the focus on vocational education, especially as an answer for jobless young people who lack college degrees. Greater access to vocational training that provides a pathway to productive employment is clearly needed.

But, as manufacturing continues to contract, we should be wary of training programs (financed by taxpayers or by jobseekers themselves) geared toward factory placements. Specialized programs that offer little certainty of employment, or lead to jobs that pay no better than positions at Starbucks, may not be the best use of scarce public or personal funds.

We may well be better served by increasing our commitment to our public schools to ensure that more teenagers graduate with solid reading and math skills and basic “job readiness” qualifications.

As stewards of our public funds, our legislators should challenge company executives at events like Manufacturing Day about what they are doing to address the “skills gap.”

If they’re really desperate for workers, are employers providing any on-the-job training themselves? It remains commonplace for some segments of the American economy – law firms, financial institutions, consulting companies – to take on inexperienced hires; it’s sound business practice because such on-the-job training simply cannot be matched in a classroom.

Manufacturers now provide far less in-house training than they once did. Instead of blaming the public schools, and assuming taxpayers should foot the bill for vocational programs, companies should step up and provide such apprenticeship opportunities again.

But the fact remains that manufacturing employment is projected to diminish, and fewer of those remaining jobs offer a ticket into the middle-class.

If we are concerned with providing better prospects for Evanston residents, especially those unable to attain college degrees, we need to focus on where job opportunities actually exist and look at what we might do to create good jobs here, or make our bad jobs better ones.

It’s worth remembering that factories used to be characterized by low wages and horrid conditions. That didn’t change until workers formed unions, demanded better, and galvanized public support for improved conditions.

Evanston, like most of America, is now seeing growth in the service industry, in restaurant work here especially. Wages for these jobs often barely lift workers above the poverty line.

Our progressive city could become a leader in the effort to reshape this reality. Surely Evanstonians want decent wages for all workers here, and would wish to support those businesses that provide them. Why not explore a living wage ordinance that would make sense for Evanston? Other cities, like San Jose and Albuquerque, have adopted them recently.

Short of that, why not a city-sponsored campaign to acknowledge – and encourage customers to patronize – those establishments that are doing the right thing by their employees?

Here in Evanston three “anchor” institutions – Northwestern and our two hospitals – are our largest employers; they employ people at the highest, and lowest, skill levels.

What about crafting an initiative that would facilitate job placement for Evanston residents, especially in entry-level positions, at these places? Cities like New Haven are doing just that.

We could try something bold, like creating a worker-owned cooperative enterprise, as they’ve done in Cleveland. Or we could reconsider the most efficient job-creation strategy of all – and simply put more people on the city payroll, performing work that needs doing around Evanston. That shouldn’t be off the table as long as taxpayer subsidies to businesses remain on it.

In Evanston we’ve got so much to be proud of — our reputation for progressive innovation, our compassion for our neighbors, and our commitment to diversity.

We can and should do more for our residents who are jobless or struggling to pay their bills on the wages they earn.

So let’s adopt a new vision of economic development that puts our people first, that focuses on where employment really is now and will be in the future, that facilitates slotting Evanston residents into those occupations quickly, and that is committed to ensuring that all Evanston jobs are good jobs. 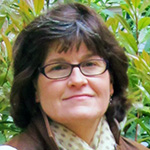 Toni Gilpin holds a Ph.D in American History from Yale University and maintains an abiding interest in labor and economic issues. She's a graduate of ETHS and has lived in Evanston with her husband, Gary Isaac, and two daughters since 1996. She currently teaches American History for the Odyssey Project at the Howard Area Community Center, and is the former Executive Director of the Democratic Party of Evanston.

Group shows off manufacturing in Evanston