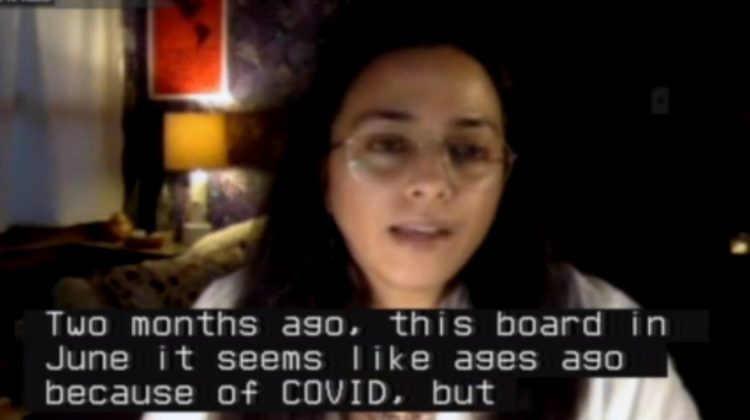 Trustees in Oak Park, a west suburban town often compared to Evanston, voted 5-2 this week to reject a resolution calling for defunding the village police department as protestors supporting the measure gathered outside the mayor’s home.

OakPark.com reports the resolution was offered by Trustee Arti Walker-Peddakotia, who said she wanted the money saved on policing to be reallocated to social services.

She said police in Oak Park racially profile Black and brown residents, stopping them more often than whites. “Those stops absolutely do cause trauma,” she said.

But trustee Dan Moroney said the resolution was vague and that residents want proper policing. “How do the victims of crimes thrive when they have violations to their safety and their property?” he asked.

Mayor Anon Abu-Taleb presided over the Tuesday night board meeting as about 100 protestors chanted outside his front door.

Demonstrations calling for defunding the police have been held frequently in Evanston in recent months and the city Human Services Committee is in the midst of a series of meetings to try to develop a proposal to address the issue.