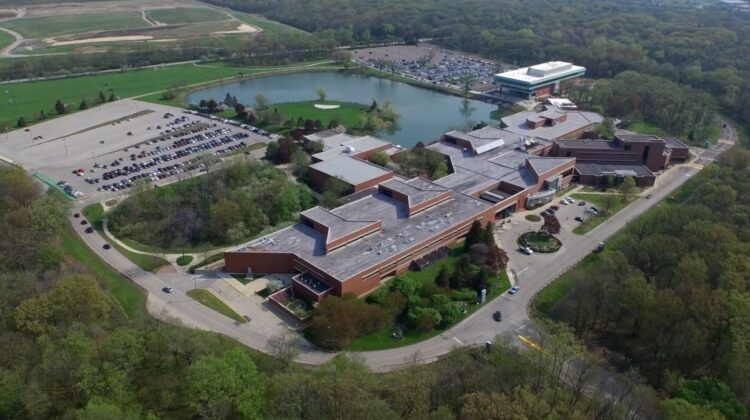 Oakton Community College may be spreading some of the $8 million it spends each year on goods and services to more local businesses in the near future.

College Board of Trustees Chair Martha Burns, of Evanston, told Evanston Now that the impact of COVID-19 on local merchants was “a major driver” in the idea of buying local.

Those businesses “took a big hit” during the pandemic, Burns said, and it is only fair that Oakton should do what it can to help.

Burns told the board on Tuesday night that purchasing can serve as “economic development. Who we spend this money with is very important,” she said.

The trustees learned at their meeting that only 5% of Oakton’s contracts in 2019 went to local businesses, those with zip codes near the school’s Skokie and Des Plaines campuses, including Evanston.

“As an African-American,” Burns said, “it’s embarrassing that Black-owned businesses are considered the lowest on the totem pole.”

Larry Ivory, President and CEO of the Illinois Black Chamber of Commerce, told the Oakton board, “We must give people the opportunity to participate in the American economy.”

Ivory said that many qualified minority-owned firms simply do not apply for contracts because they believe they have no chance at being selected.

Ivory said one way to increase the number of minority contractors at Oakton (and at other schools) is to use what’s called a “sheltered market.”

Under that Illinois program, majority-owned firms are excluded from bidding on certain contracts for information technology and advertising.

Ivory said this system is in place “to correct the disparity that exists” in contracts being awarded.

Board member Ben Salzberg told Evanston Now he also backs buying local. “I am very much for supporting our local businesses with our tax dollars.”

He called such a program “win-win for everyone.”

Most contracts over $25,000 require competitive bids. However, such bids are not required below that threshold, giving places like Oakton more leeway in selecting a contractor, as long as the firm is qualified.

There is at least the possibility that a business chosen for proximity or because of social/economic equity considerations might charge a higher price than would a larger, majority-owned firm.

However, Burns said the company would have to be qualified, and added “the value you get with the relationship-building is worth it.”

She also said Oakton currently is nowhere near the state goals for public institution hiring of minority and female-owned businesses.

Defining what is “local” can be a problem, as a company might be headquartered elsewhere, but have a substantial local presence. Oakton officials want the definition to include both locally based firms and those with a significant facility or employee presence in the Oakton zip code region .

Within the next few weeks, Oakton will begin contacting local chambers of commerce and business associations to get the word out that the college wants nearby businesses to go after Oakton contracts.

A plan to actively get at least one local bidder for contracts under $1,000 is under consideration, and other changes may come down the road.

All of the ideas, if carried out, Burns said, could lead to “transformational change” for local, minority, and female-owned businesses in the Oakton Community College area.