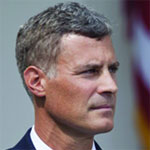 “A Conversation with Alan Krueger” will take place from 4 to 5:15 p.m. in the McCormick Auditorium of Norris University Center, 1999 Campus Drive, on the University’s Evanston campus. A reception will follow.

Although free and open to the public, online registration is required.

An expert on unemployment, job markets, income inequality, and the economics of education, Krueger provides President Obama with objective economic analysis and advice on the development and implementation of domestic and international economic policy.

“Krueger has made path-breaking contributions on many public policy research fronts,” said Institute for Policy Research Director David Figlio. “He is one of the most distinguished scholars of his generation.”

Krueger has received many honors, including the Kershaw Award from the Association for Public Policy Analysis and Management and the IZA Prize in Labor Economics. An elected fellow of the Econometric Society, Society of Labor Economists, American Academy of Arts and Sciences and American Academy of Political and Social Science, he was a regular contributor to The New York Times’ “Economic Scene” column from 2000 to 2006.

The Institute for Policy Research is a nonpartisan, interdisciplinary research institute. Its mission is to stimulate and support excellent social science research on significant public policy issues and disseminate the findings to students, scholars, policymakers and the public. Its Distinguished Public Policy Lecture Series features speakers who straddle the worlds of policymaking and academia.

Editor's note 10/5/12: The location of this event, originally scheduled for the McCormick Tribune Center Forum, 1870 Campus Drive, now has been change to the McCormick Auditorium of Norris University Center, 1999 Campus Drive.