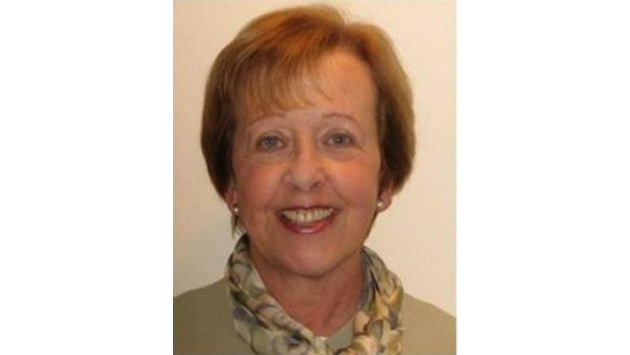 Linda Jean Goranson, 75, died peacefully Jan. 29, 2020, in Evanston surrounded by loving family members and friends. She was born in Miller Beach, Indiana, on May 1, 1944, to John and Dorothy Kopach Sayka.

She was a graduate of William Wirt High School class of 1962 and graduated in 1966 with a Bachelors of Art degree in French and English at Indiana University. She returned to Miller Beach to teach English at Wirt High School for four years while obtaining a Master of Fine Arts degree at Valparaiso University.

In 1970 Linda moved to Cincinnati, Ohio to teach at Princeton High School. She met Stephen Goranson and married on April 3, 1971. Stephen was transferred to Raleigh, North Carolina, in July 1971, and there Linda taught English and Social Studies at Wake Forest Junior High School beginning that Fall for one school year. Their first child, Adam Scott, was born on Oct. 22, 1972.

In November 1973, Stephen was transferred to Chicago with the Environmental Protection Agency and the family moved to Evanston. Their second child, Alicia Linda, was born on June 22, 1974. Linda worked part time as an exercise instructor until the children were in school. Linda began substitute teaching in 1980 at Evanston Township High School and then became a full-time English teacher at ETHS in 1982 where she taught until retirement in 2001.

During this time period Linda was always eager to learn and obtained a special associate degree in reading to improve her teaching skills. Additionally, she studied psychology at the C.G. Jung Institute in Evanston.

While taking a leave of absence from ETHS, she took more courses in psychology in California at UCLA and Pacifica Graduate Institute of Depth Psychology.  She resumed full-time teaching in 1990 at ETHS while still commuting monthly to Pacifica, and in 1997 she was awarded a doctorate in clinical psychology.

After retiring from ETHS, she began her second career as a psychologist and obtained the necessary hours to receive her Illinois counseling license by volunteering at the C.G. Jung Center in Evanston.

She then began her own practice in 2004 in Evanston until her death. She was an avid reader and researcher and was always interested in new psychological methods.

She continued to learn and use new energy methods which could more rapidly decouple trauma from her clients. She became a diplomate of the Association of Comprehensive Energy Psychology and also of Advanced Integrative Therapy. In addition to her practice she trained other psychologists in the energy techniques and made many presentations on the application of these techniques locally, regionally and nationally.

Linda has received many accolades for her work but she always remained dedicated to helping students and clients. She had many interests including gardening, reading, researching and cooking. All who knew her agree that Linda was a very special person – a beautiful and intelligent mother, friend, wife, teacher, student, doctor, healer, dreamer, philosopher, designer, and empath with a great sense of humor and pragmatism.  She will be missed greatly.

She is survived by her spouse Stephen and children Adam and Alicia Goranson.

A Celebration of Life is planned for April 10 at the Chicago Botanic Garden beginning at 11 a.m. In leu of flowers, she requested donations to the following organizations: The C.G. Jung Center Evanston, Family Matters Chicago and the Evanston Lakehouse.