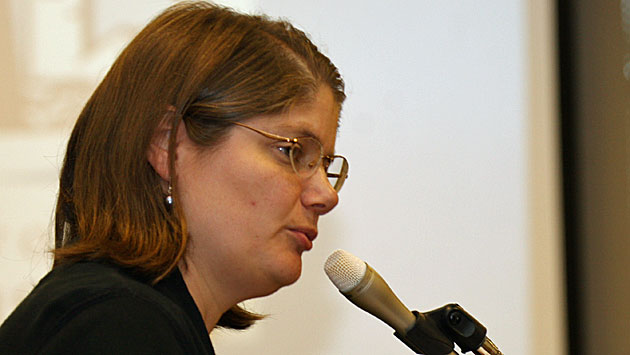 Evanston aldermen voted Monday to take a fresh look at where the city parks its money, after months of efforts by a handful of "Occupy Evanston" activists to persuade the city to stop dealing with Chase Bank.

Diane Thodos, of 2668 Orrington Ave., and other activists say that Chase and other big banks should be punished for their role in creating the banking crisis that triggered the recent economic recession.

Thodos said the city should be putting its money only in local banks instead.

Depending on how local is defined, that could leave the city with little choice about where to place its funds, since only one bank, First Bank & Trust, is actually based in Evanston.

The city currently splits its banking needs between First Bank and Chase and, Assistant City Manager Marty Lyons says, typically has a total of about $75 million on deposit in dozens of different accounts.

FDIC data from 2010 showed Chase had the largest share of total deposits from all Evanston residents, not just the city, at 39 percent, with First Bank second at 26 percent.

The city has used those two banks for over 10 years, Lyons says. It started to re-evaluate its banking relationships in 2008, but dropped the request for proposals process then because of the unstable economic environment.

In the new RFP, the city focuses mainly on a variety of technical service issues, but it also will ask the banks about their rating under the federal Community Reinvestment Act, whether they've been fined by banking regulators, the number of mortgage foreclosures on their books and the scope of their banking activities in Evanston.

Winners and losers among Evanston banks