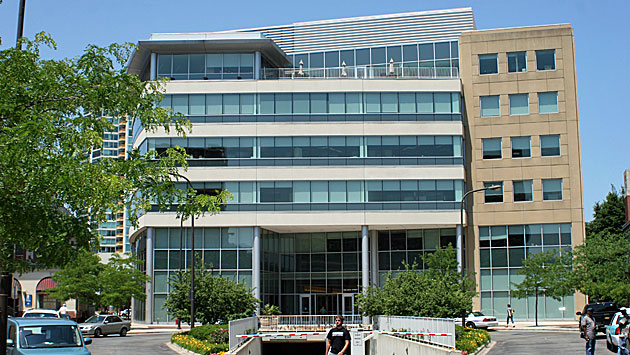 Evanston's newest office building is on the market again.

Late last year the building reportedly was on the verge of being sold to Romanek Properties Ltd. of Northbrook. But that deal — priced at $39 million or $200 per square foot — fell through.

Chicago Real Estate Daily reports that the 195,000 square foot building is 95 percent leased. But three fourths of it is leased to a unit of textbook publisher Houghton Mifflin Harcourt which is only using about half its space. That lease expires in 2017.

Developers of a planned new office building at Chicago Avenue and Main Street last week told neighborhood residents that the tight market for office space in Evanston is a key reason they're confident their project will succeed.