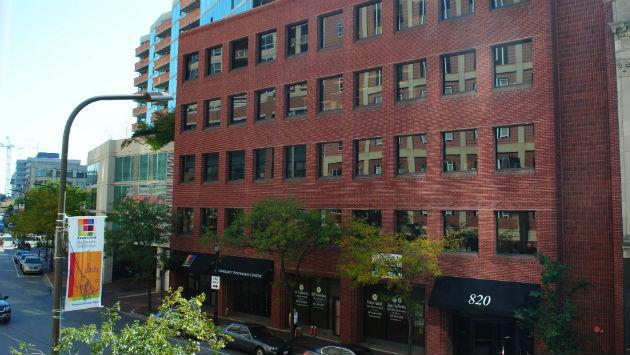 The five-story 820 Davis St. office building has been acquired by a group headed by long-time Chicago developer Jack Buck.

Buck’s firm, Free Market Ventures in partnership with Blue Vista Capital Management acquired the building from Charles Happ, who had purchased it in 2002 for $6.25 million. The new sale price was not disclosed.

The 77,000-square-foot building was constructed in 1975 and at one time served as the headquarters for the Baird & Warner real estate firm.

It currently has storefront offices for several local political figures and it has been the home for a number of startup companies. Its current anchor tenant is Grumman/Butkus Associates, an energy efficiency consulting firm.

The building now is 83 percent leased, giving it a much higher vacancy rate than the average for Evanston, which is now said to be only 4.2 percent.

Free Market plans a number of improvements to the building including a lobby renovation and upgraded common areas.

The building marks the first investment of the FMV Fund II which launched last month.

Adam Showalter and Allyson Yates of Cushman and Wakefield have been selected as the leasing agent, and FMV will handle property management.

William Flatt, a principal with FMV, told Evanston Now the firm doesn’t have any plans to redevelop the 820 Davis site with new construction but will be investing subtantially to upgrade the existing building’s common areas.