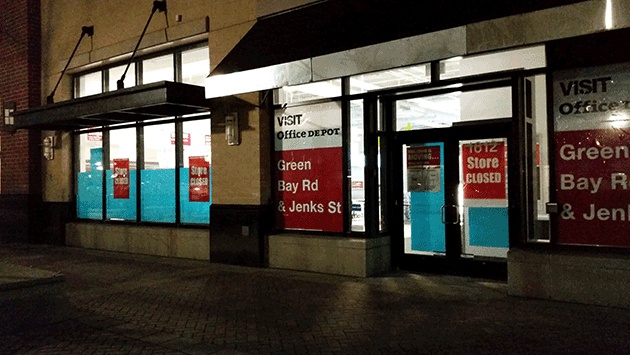 The OfficeMax Business Solutions store that opened just 17 months ago in the Sherman Plaza development in downtown Evanston has closed.

Signs in the windows of the store direct customers to either the Office Depot store at 2722 Green Bay Road or the OfficeMax store at 2255 Howard St.

Plans for the Sherman Avenue store were announced in August 2013, a few months after Office Depot announced plans to acquire OfficeMax, and it opened in October 2013, a month before the merger was completed.

Then, just last month Staples announced plans to acquire Office Depot, Sales have been slipping at the office supply superstore chains as more purchases in the category move online.